Difference between Earth and Other Planets

Key Difference: A prominent difference between Earth and other planets is that Earth has life and water where people can live on, whereas other planets don’t. 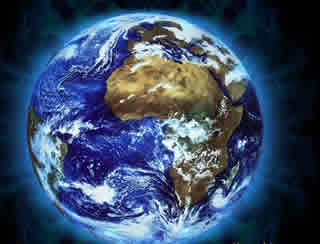 Earth is a place that has life; it is composed of many minerals and is a solid mass that is compacted with rocks. The presence of water and a moon has made Earth a right and proper place for the growth of life forms. At the same time as water on the other planets has frozen or disappeared, there is still liquid water present on Earth. Though, scientists claim that there is life on Mars.

The biggest difference between Earth and the rest of the planets is that Earth is the “green zone’, and it gives the probability to live and survive easily on Earth. The Green Zone is basically a range of distances from the Sun where liquid water can exist. If any planet on the Solar system is too much closer to Sun then water would vaporize, and if the planet is too much far from the Sun then it would freeze the water. Therefore, being in the right position is all very important, and luckily, the Earth is just in the right spot.

Earth is the best planet for human life, as it has all three forms of water that are ice, liquid, and snow. It also has an atmosphere that protects humans from the worst of the sun, and it is the perfect distance away from the sun to maintain life. The Earth completes one rotation in 24 hours and one revolution around the sun in 365 days. Hence, this time period is called a year. Earth rotates from west to east around an imaginary line, which passes through the two poles, i.e. the North Pole and the South Pole. These poles are perpendicular to the plane of the equator. Thus, this imaginary line is called the axis of Earth’s rotation. 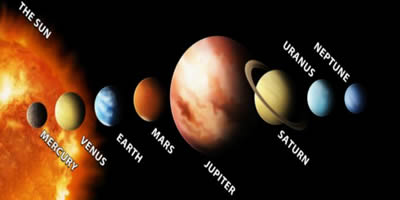 A planet is a large object that orbits around a star or a stellar remnant. This is mainly due to its own gravity and gravity of the star that allows the planet to have an orbit around the star. An orbit is usually elliptical in shape, mainly depending on the gravitational force of the planet and the star.

As per the International Astronomical Union (IAU), “A "planet" is a celestial body that: (a) is in orbit around the Sun, (b) has sufficient mass for its self-gravity to overcome rigid body forces so that it assumes a hydrostatic equilibrium (nearly round) shape, and (c) has cleared the neighborhood around its orbit.”

Hence, as per this definition, there are currently eight planets in our solar system: Mercury, Venus, Earth, Mars, Jupiter, Saturn, Uranus, and Neptune, in order of distance from the Sun.