Difference between Script and Screenplay

Key Difference: The word script is generally used in context to a written work which usually contains elements like dialogues and story in detail. Screenplay is a specific type of script which covers the visual aspects along with other narrative details of the story. Unlike a script, a screenplay is limited to movies and television programs. 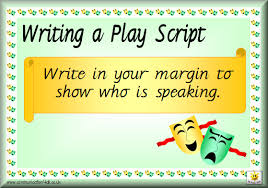 Script and screenplay are considered to be the same. However, screenplays are types of script, and to be eligible for named to be a screenplay, a script needs to fulfill certain criteria.

The definition of script is quiet broad, as it covers many types of scripts. In simple words, it can be described a general term used to denote a written work consisting of components like detailed story, dialogue and setting. There are numerous types of scripts which include screenplay, shooting script, continuity script, etc.

The term script is not used in context to any particular type of media, and therefore it remains to be generic. It can be used to refer to a written text for a play for theater or roads. Thus, the script word is used in many contexts.

Screenplay is a type of script but is associated with the scripts of a film or a television programs. Unlike scripts, all screenplays share some common general universal format. However, there can be little variations based on some factures. It must essentially capture the dramatic elements to the film or a television program. It also includes description of elements related to setting, light values, action. It provides a complete view of the whole narrative. In context to a completed film, it is also referred to as a blue print of the film.

A screenplay is often build-up on the actual document known as script. Script tends to provide all the necessary information required to write the screenplay. In this context, the detailing in a screenplay tends to be higher than the original script.

Comparison between Script and Screenplay: