B.Sc. or B.S., short for Bachelor of Science, describes a course that mainly focuses on Science. Science is a subjective term and thus, differs from one country to another. The subjects that are studied in the syllabus reflect the country’s notion about science. B.Sc. students have to completely focus on the laboratories or anything that are scientifically oriented. The courses which are involved in this degree are mathematical equations and experimentations. If one wants to go into a field within Psychology that requires research, such as industrial and organizational psychology, they are often suggested to pursue a B.Sc. The term B.Sc. or B.S. has come from the Latin word Scientiae Baccalaurean. The difference arises due to segregation of arts and science; as what should be considered as science and what should be considered as art. 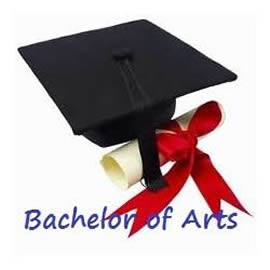 B.A., short for Bachelor of Arts, describes a course that mainly focuses on Arts. They deal with the courses that are related to humanities as well as foreign language courses, and may require fewer science and math courses. If one wants to go into counseling or pursue a graduate degree in another field, they can choose a Psychology program. One should go and choose the course according to his own aptitudes and abilities. If a student is weak in math, then he will not prefer to choose a science stream because in that he has to more focus on science and technical terms.