Difference between Battery and Rechargeable Battery

Key Difference: Battery is a device that consists of electrochemical cells that convert stored chemical energy into electrical energy. Rechargeable batteries are also known as secondary batteries. These batteries are capable of getting recharged, and thus can be used multiple times. 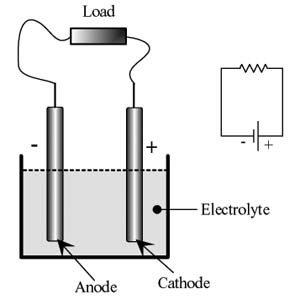 Battery is a collection of electrochemical cells that generate electricity by converting stored chemical energy into electrical energy. Cells are generally configured into batteries to obtain batteries of various shapes and sizes. Battery was created in 1799. Originally, it was known as the Voltaic battery. An Italian physicist, Count Alessandro Volta is credited for the discovery of this process in 1799. He created a simple battery from metal plates and brine-soaked cardboard or paper.

A battery consists of two ends namely cathode and anode. In a battary, positive terminal is referred to as a cathode. On the other hand, anode is the negative terminal. The two terminals are connected in order to form a circuit. Electrochemical reactions that take place within a cell generates a flow of electrons from the anode to the cathode.

Batteries can be of two types –

Disposable batteries – these are also known as secondary batteries. They are disposed after being used once.

Rechargeable batteries – these are also known as primary batteries. They can be recharged, and therefore can be used multiple times. 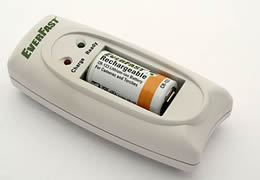 A rechargeable battery needs to be charged before use. They are generally assembled with certain active materials in their discharged states. One needs to apply an electric current to recharge the batteries. An outside source of current is applied to push the current through the cell in the opposite direction from the original current. This electric current basically reverses the reactions (chemicals) that took place while the battery was being used in any application.

Comparison between Battery and Rechargeable Battery: