Difference between Bee and Wasp

Key Difference: Bees are commonly associated with the Honey and correctly so. Bees make and store honey from the pollen and nectar they collect off the flowers. Wasps are more commonly predators, although the nets are often found to secret a plant resin that can be confused for honey. 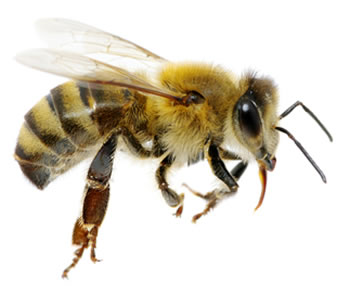 When comes April, not only does it bring beautiful flowers and rain but also a collection of strange bugs and insects. The beautiful weather is not only perfect for us but also for the many insects that come out to feed. So the most common question that is asked during April is what are the differences between a bee and a wasp? Well, the one that usually stings you when you are enjoying a picnic in the park, is not really a bee but instead a wasp. Let’s look further.

Bees are Wasps are very closely related – not only in terms of looks but also in scientific manner. Both the insects belong to the Animalia Kingdom, Arthropoda Phylum, Insecta Class and Hymenoptera Order. However, bees are further classified into Aprocrita Suborder, while no class is mentioned for the wasp. This is because any insect that is not classified as a bee or an ant usually falls under the wasp category. This is significant because it means that in addition to flying there are also wingless wasps that build their houses on the ground.

Bees are commonly associated with the Honey and correctly so. Bees make and store honey from the pollen and nectar they collect off the flowers. Their ability to collect this nectar and pollen arises from the characteristics of their body. The bees are often rounder in nature and have pollen baskets on their legs. They are found in light brown to amber shades of color and their legs are usually visible during flight. Bees are social creatures and prefer to live in large hives that are made in crooks and crannies, most often in trees. The worker bees create the hives and are controlled by the queen bee. They are also gentle in terms of nature and do not usually attack unless provoked. 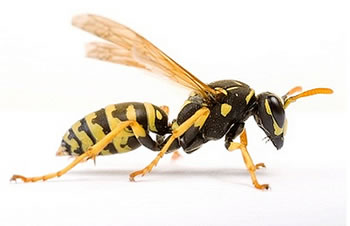 Wasps are more commonly predators, although the nets are often found to secret a plant resin that can be confused for honey. Wasps rely on other smaller insects and even human food and waste to sustain themselves. They have a long, slender body that is made for flying and speed and are found in darker brown and black shades. They do not have pollen baskets and have long thin legs that are not visible during flight. These are smooth and shiny with little to no hair. They are commonly solitary creatures, although some are found to reside in small nests that are made of a papery nest. They are also known as parasitic creatures as they depend on other insects for nutrition and survival. They are aggressive in nature and can sting multiple times without dying themselves.

These are the most common differences between bees and wasps, which can be used to easily distinguish the two. The major difference lies in their characteristics, behavior, nesting, purpose and diet.

Comparison between Bee and Wasp: