Difference between Brain, Mind and Mental

Key Difference: The brain is the center of all functions, without the brain it is impossible to survive. The brain can be considered as the hardware of the human body. Now, the mind is considered to aid the brain. The mind is what creates the emotions and enables consciousness, perception, thinking, judgment, and memory. The term mental does not exactly have a clear definition and refers to the workings of the brain and the mind or anything that has to do with how the mind functions. 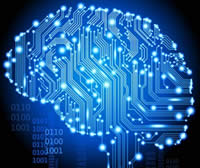 Mind, brain and mental are confusing terms because all these terms mean different things to different people. The terms also differ when used in various subjects, such as it has a specific meaning when we refer it to in religion, psychology, spirituality, etc. The terms generally change depending on the adaptation of people. The human body and brain are complex structures that people still don’t fully understand. Although, we understand the composition of the brain and how it functions, we are unsure what causes each brain to become an individual. Why does each brain respond differently to a similar scenario? Many questions still exist when it comes to the brain and are still being looked into.

The brain is the center of all functions, without the brain it is impossible to survive. The brain can be considered as the hardware of the human body. It is responsible for linking all parts of the body together and seeing that everything functions the way it is supposed to. The brain is in charge of sending messages to the rest of the organs in the form of electrical impulses. Now, the mind is considered to aid the brain. The mind is what creates the emotions and enables consciousness, perception, thinking, judgment, and memory. Basically, it translates these electric impulses for the rest of the organs. Many believe that the mind is the reason a person is the way it is and that the mind helps distinguish people from each other. Now, mental is closely related to the word mind, and refers to anything that has to do with the mind. This term has a spiritual sense and is also used as a medical terminology. We’ll get into that later. 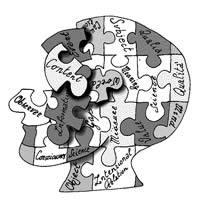 The brain is a physical thing, which means it takes up space. We know that. We know that the brain is placed in the cranium cavity on our head. However, mind is not physical thing, which means that it does not take any physical space. That’s one of the major differences between the two. In order to hear a sound, the air vibrations get converted into a chemical/electrical impulse that is perceived by the brain. The signals are then sent to a group of neurons in the auditory part of the brain, which reflects what we hear. It is believed that the brain deals completely in these chemical and electrical impulses, while the mind is what converts that particular impulse into a sound or an image that we remember it by. For example, when you think back to a sound or an image it isn’t the form of an electrical impulse, it is a full image or a sound in the brain. It is believed that this is because of the mind. While, the brain receives it as impulses, the mind coverts these impulses into something that is much clearer and we are able to recall later.

The term mental does not exactly have a clear definition and refers to the workings of the brain and the mind or anything that has to do with how the mind functions. It can also be used to refer to processes that are carried out in the mind. Mental is used in a spiritual sense to refer to being one with the mind and the body. However, it is more commonly used in a medical sense. Mental refers to the mental health of the brain or the mind. Mental health is a mind that is healthy and free of any mental disorders. A mentally sound brain is fit and can work without requiring any extra help, while a mentally unsound brain is plagued with some sort of mental disorder (bipolar, stress, ADHD, etc.) 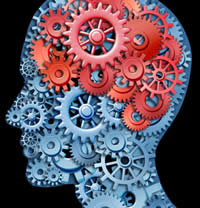 The World Health Organization defines mental health as “a state of well-being in which the individual realizes his or her own abilities, can cope with the normal stresses of life, can work productively and fruitfully, and is able to make a contribution to his or her community.” Mental disorders disrupt the brain’s ability to function normally requiring external medications to help it complete certain processes. Mental disorders can be caused by external factors such as abuse, lifestyle, etc. or internal factors such as chemical imbalance in the brain.

In a nut shell, the terms brain, mind and mental are actually more related than different concepts. Each one has a specific meaning and a function. While, brains deal with transmitting information in the form of chemical impulses, the mind deals with turning the chemical/electrical impulse into proper mental images. Mental is the ability of the brain to function without any problems or disorders.