Key difference: Car audios describe sound systems fitted to an automobile or other vehicle. They are most commonly the 'stock' system, or OEM system, as well as the equipment to replace, upgrade, or expand the stock system. Home audio, on the other hand, refers to audio electronics used in home such as shelf stereos and surround sound receivers. 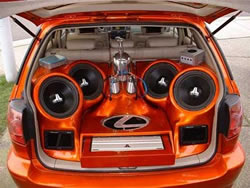 Everyone listens to music. Everyone has a select list of songs that they love to blare on the speakers. These songs are blared in one of two places, either at the home or in the car. Even though the song blaring through the speakers is probably the same, the speakers themselves will be quite different.

Car audios, as the name suggests, is audio equipment that is used in cars. These sound systems are generally provided by the car makers as part of the cars. However, there are various other sound systems available on the market that aim to replace, upgrade, or expand the car's stock sound system. Standard car audio systems generally include various equipment such as a head unit, speakers, amplifiers, subwoofers, capacitors, and damping. 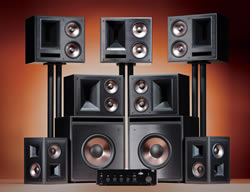 Home audio, on the other hand, generally refers to audio electronics used in home. These may be as small as a pair of standard speakers, to shelf stereos and surround sound home audio systems. While home audio does include a set of speakers, amplifiers, subwoofers, capacitors, etc., they are generally encased in cabinets or boxes and are usually bigger and more powerful than car audio systems.