Difference between Cigarettes and Cigar

Cigarettes and cigars have been made popular due to the movies making it look cool. The impact of this on the youth has been tremendous. Another reason why either of the objects is popular is the belief that it helps lessen the pressure of stress. However, experts state that there is no correlation between smoking and pressure. Both of these products are the most common source of nicotine that a person that can. They are also highly addictive. However, cigarettes and cigars are different from each other in many ways. 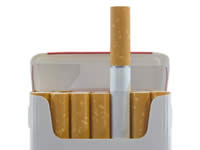 Cigarette is a small finely cut roll of dried tobacco leaves that are wrapped in paper and are used for smoking. The term ‘cigarette’ originates from the French word meaning “small cigar”. The cigarette is traditionally rolled in white or off-white paper which as a brown ‘butt’ or end. The ‘butt’ is the part that is placed inside the mouth, while the other end is often ignited. The earliest forms of cigarettes have been dated back to Central America around the 9th century in the form of reeds and smoking tubes. During that time, tobacco was smoked for their psychoactive results. The rates of cigarette have changed drastically since it became widely popular in the mid-20th century.

Cigarettes are often characterized by their white paper covering, having a filter and the brown butt. The paper that is used to hold the tobacco blend can vary depending upon the time it takes to burn, also to control the ventilation of the burning ember. The butt of the cigarettes is covered with brown paper that is used to cover the filter, stabilize the mouthpiece from saliva, moderate the burning of the cigarette as well as provide the smoke to the person’s mouth through one or two small laser made holes. Various different tobacco blends are used in order to give the cigarette its flavor. Depending on the rate of the cigarette, the quality of the blend varies. The conditions of where the tobacco was grown can also help alter the taste of the cigarette. The most common tobacco by-products include: Blended leaf (BL) sheet, Reconstituted leaf (RL) sheet and Expanded (ES) or improved stems (IS). Additional flavors, herbs can also be added to the cigarette for additional flavor including mint, menthol, cloves, cannabis, etc. 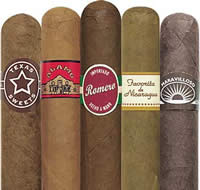 Cigar is a tightly rolled bundle of dried tobacco in a tobacco leaf that is used for smoking. The word ‘cigar’ originated from the Yucatec Mayan word ‘sikar’ meaning “smoking.” Cigar became popular when explorer Christopher Columbus introduced tobacco to Europe. The story suggests that two of Columbus's crewmen encountered tobacco on the island of Hispaniola, when the natives presented them with dried leaves that had a peculiar fragrance. Cigars are bigger, fatter and have tape at side to tell the head of the cigar from the butt. The cigar is often cut from one side before that side is ignited and the other side placed inside the mouth.

Cigars are made from tobacco leaves that are harvested and aged using a combination of heat and shade to reduce the sugar and the water content in the leaves without causing them to rot. The first part takes approximately 25-45 days. The leaves are then fermented in a controlled environment, which results in the flavor, burning, and aroma characteristics of the cigar. Once the leaves have been aged, they are sorted for use as filler or a wrapper based on their look. The leaves are then baled, inspected, un-baled, re-inspected, and baled again repeatedly. The expensive cigars are often hand-made, which requires the people to roll the leaves into the wrapper by hand. Once they are prepared, they are stored in wooden forms as they dry. They are then cut to the proper size. Cigars can be stored in dry places for a number of year without them rotting.

Many people assume that because cigars use the tobacco leaves rather than the blend, they are healthier. However, they are wrong. Due to the tobacco in their purest forms, cigars are often worse for the body compared to cigarettes. Another reason is because cigarettes offer a filter, which is not available in cigars, resulting that the person also consumes other tobacco particles with the smoke. The cigarettes also contain less tobacco compared to cigar, which also reduces the level of nicotine. One of the differences is that the smoke of a cigar is harder to inhale and many smokers just exhale it, while cigarette smokes inhale the smoke. This is believed to the reason why incidence of lung diseases and cancers in cigarette smokers compared to cigar smokers.  However, both of these objects are addicting and terrible for the consumer.