Difference between Psychopath and Sociopath

Key Difference: Psychopaths and sociopaths are people who are suffering from antisocial personality disorder. A psychopath is distinguished from a sociopath by his criminal and violent behavior. A psychopath is the one of the two who is more likely to go on a murdering spree. 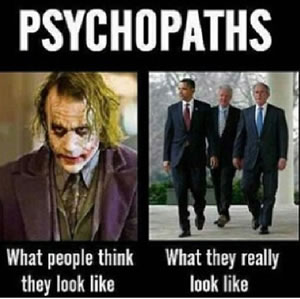 The terms psychopath and sociopath are often used casually to describe people who are a little different, or at times they may be used in anger towards the person whom the anger is directed towards. However, what is actually a Psychopath and a Sociopath.

Psychopathy is a personality disorder that is partly characterized by antisocial behavior, a diminished capacity for remorse, and poor behavioral controls. They have no conscience and cannot feel love or remorse, which hampers their ability to establish meaningful personal relationships. However, note that they are completely rational, functioning and even charismatic, which is why it is very difficult to identify and diagnose a psychopath.

The word sociopathy was first introduced in 1909 in Germany by biological psychiatrist Karl Birnbaum and in 1930 in the US by educational psychologist George E. Partridge. The term was meant to be an alternative to the concept of psychopathy, and was used to indicate the violation of social norms, or antisocial behavior. As per this definition, sociopathy is the same as psychopathy.

Both psychopaths and sociopaths do have a conscience, they do not have the ability to feel love, remorse or shame, they lack empathy, they are untruthful and insincere, they are charming and intelligent, they take risks no one else will, they act unreliably, they are rational and lack signs of irrational thinking, they have poor judgment and failure to learn by experience, they do not have insight, and they often have several short term relationships. 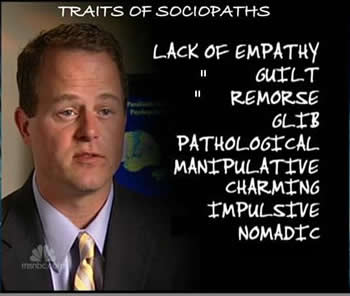 Today, most therapists and psychiatrics do not like the terms psychopath and sociopath, instead they opt for antisocial personality disorder. However, in cases where a distinction must be made, a psychopath is distinguished from a sociopath by his criminal and violent behavior. A psychopath is the one of the two who is more likely to go on a murdering spree. A sociopath, however, is more likely to just barricade themselves in their room away from other people.

Comparison between Psychopath and Sociopath: