Difference between Coarse and Course 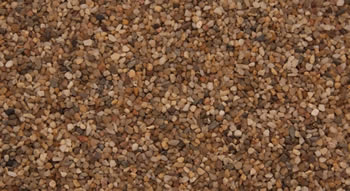 The words, coarse and course, are example of homonyms, which basically means that they are words that sound exactly the same when they are pronounced, but in reality they have different spellings and meanings.

The term ‘coarse’ has many different definitions. It most commonly refers to a texture, specifically a harsh or rough texture. The coarse texture usually comes from the fact that the thing is made up of large rough grains or particles. For example: The wall was very coarse. That is because it is made up of coarse sand. The term can also be used to describe food or drink of inferior or bad quality, such as the wine had a coarse taste. In terms of person, the word can refer to either their physical features (he had a very coarse nose), i.e. irregular, vulgar, and not attractive; or it can refer to their manners (she had very coarse manners), i.e. not polite, or very rough and ill-mannered.

Whereas, the term ‘course’ also has a multitude of definitions. It can refer to a route or direction of travel, i.e. the river’s course ran through the jungle. The term can also refer to ‘a course of time’, i.e. the way things progress or develops over time. For example: the course of history is littered with examples of human travesty. It can also refer to an educational course, which includes a series of lectures and lessons on a particular subject; for example: an art course, a business course, etc. Another thing it can refer to is the courses of meal served in dinner or lunch. For example: The first course was soup.

Another difference between the words is how they are used. Coarse is actually an adjective, which means that it is used to describe things; for example: coarse sand.  On the other hand, course is actually a noun, which means that it that name of a thing; for example, the course of the trip, or the music course. Here the term is not describing something, it is the something. It is the subject.

While the words Coarse and Course have various definitions, none of the definitions overlap anywhere. So, there is never a case of any word will work. The confusion between the two words is just caused by the fact that the terms sound exactly the same when pronounced. Other than that, the words are completely different.

Even though the terms are confusing, an easy way to tell them apart is to remember that if the sentence or topic is referring to a texture or of appearance or manner, then the term ‘coarse’ should be used. For everything else, there’s ‘course’; mainly for directions, a dish, or lectures and classes.

Comparison between Coarse and Course: