Difference between Computer and Supercomputer

Key Difference: A computer is a general purpose programmable machine which carries out arithmetic and logical operations according to a specified set of instructions. Supercomputers are types of computers which possess the best processing capacity, and therefore are expensive than other types of computers. 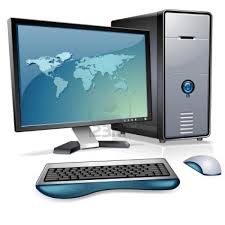 Many people have defined computer in different ways. However, they all refer to a machine which has become a landmark in the achievements of the mankind. The Techencyclopedia (2003) defines computer as “a general purpose machine that processes data according to a set of instructions that are stored internally either temporarily or permanently.”

This electronic device’s capabilities have extended over the years. It can effectively manipulate data or information. A computer is capable of accepting data and then certain actions are performed by it according to the provided instructions, and then at last it produces results. It can perform almost all types of arithmetic and logical operations.  Following hardware components are required in order to construct a general purpose computer – 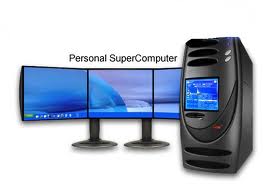 A normal PC is capable of executing multiple programs concurrently. On the other hand, supercomputers have been designed to execute few programs but as fast as possible. 'Computer' the term is usually associated with any general purpose type of computer, whereas supercomputers are highly specialized computers. Supercomputers work in a controlled environment.

Comparison between Computer and Supercomputer: