Difference between Conventional and Traditional

The terms ‘conventional’ and ‘traditional’ are often confusing for many people, specially when it is raised in terms of medicine and values. The terms may sound similar and in many contexts, the terms can also be interchangeable. However, there are contexts where the terms have different connotations.

As the definitions show, conventional means something that is done by many people or is a common way of doing it. It is spread among a lot of people, which sometimes can be traditional. If a tradition is passed down and continues, it also becomes a conventional method of doing something. On the other hand, traditional is the way of thinking or a manner of doing something that has been passed down for generations among groups of people or in a family. An example of conventional would include Valentine’s Day being celebrated worldwide, although it is a tradition only for certain countries. Traditional would be an Indian bride wearing red on her wedding day. Although, more people around the world wear white in a wedding, Indian traditions associate red with the color of marriage. Traditions can change depending on culture, society and family. 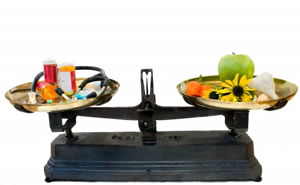 Comparison between Conventional and Traditional: