Difference between Crèche and Playgroup

Key Difference: A crèche refers to a place where young children are cared for during the day in the absence of parents. It includes children from a wide range of age groups, including young babies, toddlers and pre-schoolers. Playgroup is an informal nursery group that is usually meant for the children between the ages of three and five.  It is a type of preschool that focuses on play-based education. However, most of the times, these terms are used interchangeably to denote a center for childcare. 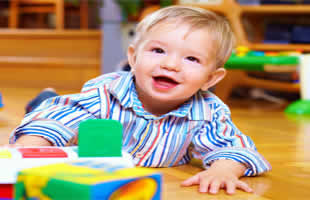 A crèche is also known as a daycare. It is a centre where young children especially babies and toddles are cared for in safe surroundings. Nowadays with the increasing number of nuclear families and working parents, crèche has emerged out as a need rather than a facility.

A crèche must ensure to provide a comfortable environment to the children. A lot of play based activities are involved. However, some of them also focus on offering a learning environment to the kids. Crèches may also provide short-sessional care or temporary childcare arrangements, when parents are busy in some events. 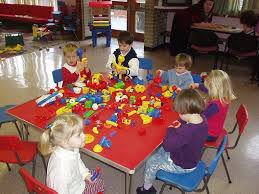 Playgroup is an informal nursery group that is usually meant for the children between the ages of two and four. It is a type of preschool that focuses on play-based education.

In countries like Australia, playgroups are community based localized groups in which pre-school children of the same age are brought together with their parents and carers. This environment is created for the purpose to indulge in play and social activities. In comparison to a crèche, a playgroup is more like an educational institution. It operates for only a few hours a day during school term. These institutions try to develop the abilities and skills of the children in a playful manner.

Comparison between Crèche and Playgroup: