Difference between Cupcake and Cake

Key difference: The difference between a cupcake and cake is the size; a cupcake is of a smaller size as compared to the cakes. Cakes are probably of large sizes. 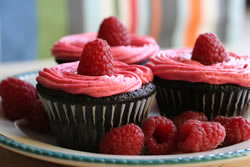 A cupcake is a small cake designed to serve one person, which may be baked in a small thin paper or aluminum cup.

Cupcakes are small shaped baked cakes. They are made attractive by putting the frosty icing on it. Cupcakes are sweet, spongy and soft type of small cakes. They are available in various flavors. They are considered to be the most tempting and attractive form of cakes, which are loved generally by everyone. They are served as deserts in parties occasionally. Any cake can be made into a cupcake, by giving the appropriate attention and by mixing the ingredients in the appropriate amounts and quantity. Cupcakes are decorated with the desired type of icing and creams. They are available in various flavors in the market. 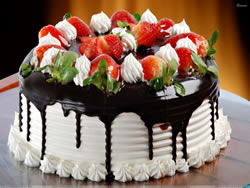 Cake is a form of bread or bread-like food. In modern form, it is typically a sweet baked dessert. In earlier times, cakes used to be fried bread or cheese breads. Modern cakes are especially layered cakes.

Cakes are generally breads which are made decorative with the desired creams, flavors, and icings. Cake is often the dessert of choice for meals at ceremonial occasions, particularly weddings, anniversaries, and birthdays. They are classified into several categories according to the demands. The cakes without creams and icing are the baked cakes. They are made up of any desired ingredients like nuts, chocolates, fruits and many.

Comparison between Cupcake and Cake: