Difference between Despatch and Dispatch 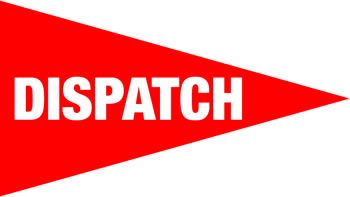 Coming across the word ‘despatch’, one automatically assumes that the word is probably spelled incorrectly and was overlooked during proofreading. However, the spelling of the word ‘despatch’ is actually correct. So, what is the difference between the two?

Nothing! That’s right, there is no difference between the two other than how it is spelled. Both the words are pronounced the same and even have the exact same meaning. So, why the different spelling?

‘Despatch’ is believed to a UK alternate spelling for the word ‘dispatch’ and was a fashionable way to write the word dispatched during the Victorian Period. Before that, the word can hardly be found anywhere. Another theory suggests that the spelling entered usage because of a printing error in Dr. Johnson’s Dictionary of the English Language (1755), which attributed to more people using ‘despatch’.

‘Despatch’ does stand apart from ‘dispatch’ as the word also refers to a lectern/rest and document boxes in the UK and Australian Parliamentary lingo. Another difference lies in etymology or how the word has evolved. ‘Despatch’ is believed to have come from the Spanish word ‘despachar’, meaning “to send quickly” and ‘dispatch’ is believed to have evolved from Italian word ‘dispacciare’, meaning “to dispatch”.

‘Dispatch’ is obviously the most used spelling compared to ‘despatch’ and Of the digital entries transcribed so far in an online version of the dictionary, ‘dispatch’ occurs 8 times to a singular occurrence of ‘despatch’ when used to define other words.

Comparison between Despatch and Dispatch: