Difference between Earth and Mars

The Earth and Mars are neighbors of each other. Both are very similar, but they are also different at the same time. Let’s understand both the terms in the following context. 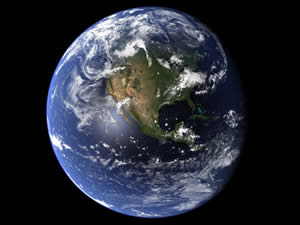 The Earth is the third planet from the Sun. Earth is the only planet in the Solar System to have water in its three states of matter: as solid (ice), liquid (sea, rain, etc.) and as gas (clouds). Earth is spherical in shape, and revolves around the sun. Earth is a planet that has life; it is composed of many minerals and is a solid mass that is compacted with rocks. Earth rotates from the west to east around an imaginary line, which passes through the two poles, i.e. the North Pole and the South Pole. These poles are perpendicular to the plane of the equator, which is why this imaginary line is called the axis of Earth’s rotation. 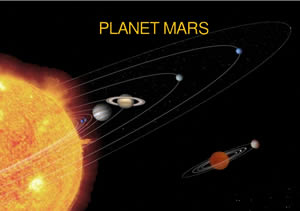 Mars is the fourth planet from the Sun. It is often described as the ‘Red planet’, and was named after the Roman God of War. It has an orbital period equal to 687 Earth days and a rotational period equal to 24 hours 37 minutes and 22.6 seconds. Therefore, there are 668 Martian days in a ‘Martian Year’. Mars has a very unusual orbit that can fluctuate from 249 million km to 207 million km. As a result, it also experiences seasons. Mars equatorial diameter is 6792 km, which is half the size of Earth that has an equatorial diameter of 12,756 km. The mass of Mars is 0.6424 x 1024 kg, which is much less than Earth’s 5.976 x 1024 kg.

The similarity between Earth and Mars is that the two planets have similar lengths of days and years. Mars also carries similar seasons like the Earth, with a 25 degree tilt compared to our 23.5 degree tilt while rotating in orbit.

Comparison between Earth and Mars: