Difference between Embassy and Consulate

Key Difference: An embassy is a permanent diplomatic mission that one country establishes in another country if it recognizes it as being sovereign. Consulates are smaller versions of embassies and are placed in many tourist states or cities. Embassies are responsible for the major diplomatic issues, while the consulates deal with the minor issues.

The world is becoming smaller as each country is interacting with each other in various ways, migration, tourism, business, etc. The constant interaction requires various countries to establish diplomatic offices in other countries for these purposes. These offices are embassy and consulates. These two terms are often confused as they serve similar purposes, but in reality they are different from each other. 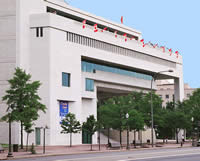 An embassy is a permanent diplomatic mission that one country establishes in another country if it recognizes it as being sovereign. This is done to maintain foreign relations with the country. Commonly, the embassy is situated in the capital of the country and is run by the ambassador. The ambassador is the highest ranking official that is sent to oversee the relations with the foreign country and represents the interests of his nationality country. The word ‘embassy’ is derived from the French word ‘ambassy’ meaning the office of the ambassador.

Embassies are generally a much bigger deal and are more official. The main objective of an embassy in addition to maintaining friendly relations is to overlook all important social, political, military and economical events that are happening in the host nation. It then forwards this information to its own country. It also oversees important treaties or other pacts that are being made by the host country and the native country of the embassy. Embassies also play as a messenger between their own country and the host country, passing information regarding any major events. Embassies are generally protected under diplomatic immunity, though this varies depending on the country. The ambassador is issued diplomatic immunity. 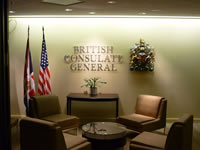 Consulates are smaller versions of embassies and are placed in many tourist states or cities. These do not have to be permanent diplomatic mission, but could also fall under that category. Many consulates could be established in one country depending upon the need for it. The purpose of the consulate is to handle minor diplomatic issues such as issuing visas, aiding in trade relationships, aiding migrants, tourists, and expatriates. These are also in charge of maintaining commercial links between two nations.

Consulates are run by consuls and similar to many consulates in a country can also result in many consuls in a country. Consulates are responsible for representing its citizens in country and can also grant/reject a person’s permission for a visit to their country. A consulate can also provide protection or foster their own citizens and help in cases of lost passports and other documents that are necessary for travel. Consulates and consuls are not protected under diplomatic immunity unless it has been specifically issued for a certain consul.