Difference between eMMC and HDD

Key Difference: eMMC stands for Embedded MultiMediaCard, while HDD stands for Hard Disk Drive. HDD is magnetic in nature and works on the rapidly rotating disks which are read by a reading arm. eMMCs uses integrated circuits leading them to be not easily damaged by regular bumps and falls. They are also usually faster than HDDs, however that depends on the models. 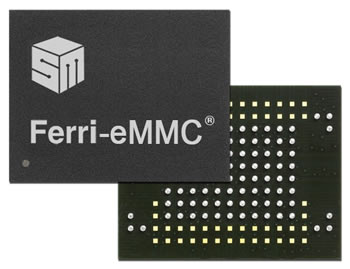 eMMC and HDD are two different types of storages. eMMC stands for Embedded MMC, which in turn stands for MultiMediaCard. HDD, on the other hand, stands for Hard Disk Drive, and is also commonly referred to as hard disk, hard drive or fixed disk.

HDD is the more commonly found in most computers and laptops, however it is quickly loosing popularity as it slow and can be easily damaged. Since, the drive is magnetic in nature and works on the rapidly rotating disks which are read by a reading arm, even a mild fall can damage the disk leading to data loss. This is especially a concern for devices such as laptops, notebooks, ultrabooks, 2-in-1 computers, etc. which are meant to be carried around.

Hence, more and more people are now switching to SSD, another type of storage device. SSD is faster and works on the basis of integrated circuits, hence will not easily be damaged. However, the problem with SSDs is that they are quite expensive, especially when compared with HDDs. This is where eMMCs come in. They are somewhat placed in between HDD and SDD at least in the context of cost and performance.

Like SSD, eMMCs also uses integrated circuits, leading them to be not easily damaged by regular bumps and falls. However, unlike HDD and SSD, eMMC also incorporates a flash memory controller in addition to the flash memory, both of which are integrated together on the same silicon die. This silicon die is then soldered directly to the motherboard, similar to a microprocessor. Whereas, HDD and SSD use SATA interface to connect to the CPU. Here, the CPU is responsible for reading and writing to and from memory. 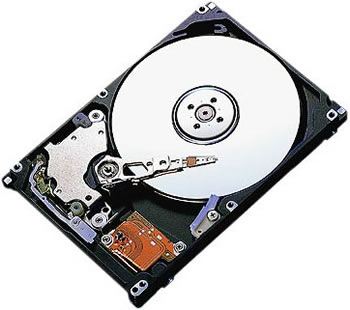 In eMMC, the integrated flash memory controller does this, freeing up the CPU to handle other tasks. This puts less strain on the CPU, thus making the system faster. This is also the reason that low end budget laptops and 2-in-1 computers prefers eMMC to pair with their budget CPUs. This is also the reason why eMMC are generally slightly faster in transferring data than HDD of the same capacity. The standard data transfer speed of HDD is 300 MB/s, while the top speed of eMMC is 400 MB/s.

The benefit of HDD is that they work better for storage of large files as the data is broken up and dispersed all over the disk. It need not be store continuously in the same place. Another difference between the two is that HDD are available in larger size variants than eMMC. eMMCs are commonly available in 16GB, 32GB, and 64 GB, and maximum in 128GB variant, whereas HDD are commonly available in 320GB, 500GB being the most common, 750GB, and even 1000GB (1 TB).

Comparison between eMMC and HDD: