Difference between Corn and Sweet Corn 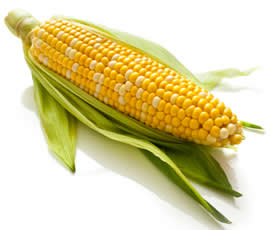 While there are thousands of varieties of corns, regular corn, and sweet corn are the only two that has more demand all over the world. Corn has a variety of uses, whereas, sweet corn is more preferred for human consumption.

Corn is one of America’s favorite vegetables. It is also known as maize and was derived from the Germanic word ‘kurnam’. The word has traditionally been used to denote the primary grain crop in a specified area. When Europeans were introduced to maize, they called it, ‘corn’. The usage of this term is more for American Indian Corn. The corns are far more productive than other cereal crops. Corn grows in ears, tight clusters of kernels around a central core or cob that is covered in a leafy husk. Corn is mais in Spanish, mais in French, mais in Italian, and mais in German. The pattern is developing in many countries. It is believed that corn is more preferred to be used for food products such as corn flour, corn meal, corn syrup, corn oil, etc. See Corn Vs. Maize. 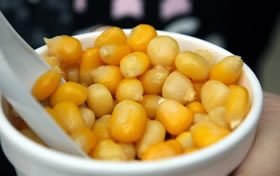 The word sweet corn was derived from the word ‘saccharata’ that is a variety of Zea mays. Sweet corn is consumed as a vegetable and makes up less than ten percent of all corn grown in the U.S.A. each year. It is mainly grown for human consumption. The most common types are standard sugary, augmented sugary, brittle and shrunken. There are also varieties of sweet corn that are much sweeter than the normal ones and are available in different colors such as yellow, white and bi-color. All of them have a different shape with the hard bottom of the kernel. They are available in the market either frozen, preserved or on the cob. See the difference Corn Vs. Baby Corn.

Difference between Corn and Sweet Corn: