Difference between Oat and Wheat

Key difference: Oats have become a popular breakfast grain due to their many healthy properties. With the shift towards healthy living, almost everyone has either heard of oats or has incorporated oats into their diet. Avena sativa or oats is a species of cereal grain that is grown for its seed, also known with the same name. Wheat, belonging to the Triticum genus, under the Plantae kingdom is also a member of the grass family and is considered as a cereal grain. 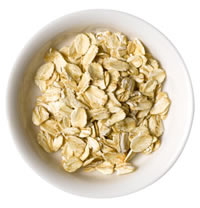 Oat and wheat are two common types of grains that are part of the grass family. These are a common part of our daily diet. While both wheat and oats have been a popular part of the human diet for ages, oats have recently gained further popularity for being the healthier option. See the difference Corn and Maize.

Oats have become a popular breakfast grain due to their many healthy properties. With the shift towards healthy living, almost everyone has either heard of oats or has incorporated oats into their diet. There are various different types that oats have been launched into the market.

Oats has various uses in addition to being used as a breakfast cereal. Oats were originally used as livestock feed and were a part of a daily diet of domestic horses, cattle and chickens. It is also used in some brands of dog and cat food. Oats are also known as cat grass, as cats enjoy eating tender young oats. Oats can also be ground into flour, which can be used in porridge, oatcakes, oatmeal cookies, and oat bread. Oats are also used in muesli (a breakfast dish) and granola bars. In some European countries, oats are used for brewing beer. Oats can also be used as horse or cattle bedding, as it is soft, dust-free and has an absorbent nature. Oats are also known to soothe skin conditions and are found in a few cosmetics, as well as used for medicinal purposes. See multigrain Vs. whole grain Vs. whole wheat.

Oats, in any form, are very healthy food and are an excellent source of thiamine, iron, and dietary fiber. Whole oats are also the only source of antioxidant compounds known as avenanthramides, which are believed to help protect the circulatory system from arteriosclerosis. Oats also play an important part in lowering cholesterol levels in the body, preventing heart failure, enhancing the immune system, stabilizing blood sugar, lower risk of Type 2 Diabetes, etc. 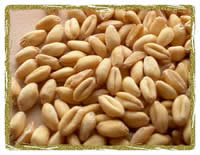 Wheat, belonging to the Triticum genus, under the Plantae kingdom is also a member of the grass family and is considered as a cereal grain. Wheat is also one of the first cereals that have been domesticated along with barley. It was also easy to domesticate because of its ability to self-pollinate. Wheat originates from the Levant region of the Near East and Ethiopian Highlands. See the difference Barley Vs. Wheat.

Difference between Oat and Wheat:

Its helpful but these r not enough.... Thank u... There should be added more differences of general characters

Any reliable lab tests to show and prove the nutritive components? A bit of specifics and not vague contents. Preferably not from an American source. Not that I have any grudge against Americans, but certainly oats should not be told to be better because it is grown in USA and not in India.