Difference between Corn flour and Cornstarch 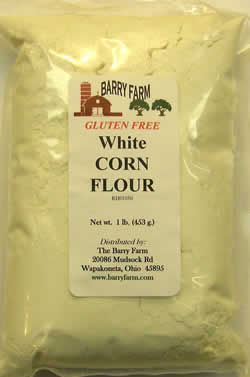 Corn flour and Cornstarch is one and the same thing. It depends on the location you live in. In the United States, people call it corn starch and in the United Kingdom; it is called corn flour. Both cornstarch and corn flour do the same thing, they thickened the food item. Cornflour is only made from fully grown corn while baby corn is different. (See the difference between corn and baby corn). Cornflour may me made from regular corn or sweet corn and used in different cuisines. (See the difference between corn and sweet corn).

Corn flour is a powdery flour, which comes in yellow and white color, and is used for breading and in combination with other flours in baking goods. In compare to cornstarch, using corn flour as a thickener, one needs to have the quantity of cornflour equal to two times. Lumps are accepted when corn flour is added, while in cornstarch it doesn’t usually create lumps. 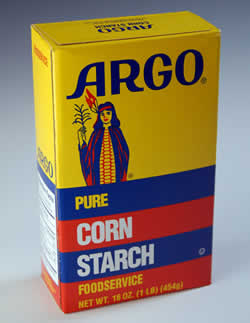 In most cuisines, corn flour and cornstarch are used as thickening agents, i.e. usually to make a soup, broth or sauce thicker in consistency. While both are used for the same thing, however, only one thing is required at a time. When the cornflour and cornstarch both are mixed all together at the same time, it is accepted that a sauce or gravy will be thin. It will not be thicker and will be different in taste. Note that cornflour and corn starch are very finely ground so that they produce good emulsion like mixtures unline multigrain and whole wheat flours that have thickly ground flour. See the difference between multigrain and whole grain and whole wheat.

Another name for cornstarch is corn flour. It is made from corn and is used as a thickening agent. It is pure starch and there is a lack of gluten which makes it more easy and efficient as a thickening agent for doughs and batters (See the difference between dough and batter). They are generally used to prevent eggs from curdling and are also helpful in the grounding of custards, cheesecakes, and puddings. It is basically a powdery starch that is made out of corn. It thickens very quickly and easily and forms a clear sauce after cooking. Cornstarch is mainly used in dairy products.

Comparison between Corn Flour and Cornstarch:

Also see: The difference between Corn and Maze

Well this was a pointless comparison. I'm still none the wiser whether they're the same or not. Does no one proof read this shit before hand?

the difference I can see is that corn flower you mix with hot water and corn starch mix with h cold water. corn flower will make a sauce that's cloudy where corn sta\rch makes a clear sauce. I accidently mixedcold water with corn flower and had to add more water as it started to go hard. also corn flour tends to go lumpy where as corn starch dosent

Phew, I thought it was just me. This article keeps stating that they are one and the same and then describing their appearance and uses differently,very frustrating indeed. Time to surf elsewhere.

Thank you for this information