Difference between SDK and API 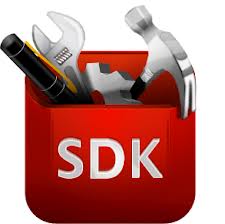 SDK stands for Software Development Kit. It is a package which comprises pre-written codes. The users can easily reuse these codes. It helps in the fast development of the applications for specific platforms. Generally, it includes APIs, programming tools and extensive documentation with some examples. The term is used by many companies like Microsoft and Sun Microsystems.

The Visual Studio SDK is a SDK from Microsoft. It includes documentation, samples and code which developers use to develop products that integrate with Visual Studio.  Some other Examples are Windows 7 SDK, Mac OS X SDK. Typically, SDK includes an integrated development environment (IDE). This IDE becomes the central programming interface. This environment includes a programming window, visual editor, etc. All these objects help developers to create programs. In some of the SDK’s, one may also find sample graphics like button. These SDK’s are generally provided without any charge or cost.

API stands for Application Programming Interface.  Basically, it refers to an interface among different applications or platforms which helps different software programs to interact or communicate with each other. It may also comprise  routines, protocols and tools which are used for developing software applications. The functions are predefined in the APIs, and thus a developer can use these functions to interact with an operating system. All computer operating systems provide APIs for the programmers. For example, Windows provide many API sets that are used by hardware and applications. Generally, it is related to a software library. It can also be an implementation of a protocol.

API and SDK can be differentiated on many points. SDK deals with a broader aspect by including APIs, sample codes, tools, etc, whereas API is generally about specifications and descriptions. SDK comprises libraries, whereas API provides descriptions of parameter types. SDK  usually comes with API, and therefore the definition of SDK (in this context) includes the definition of API also.

Comparison between SDK and API: