Difference between Drama and Novel 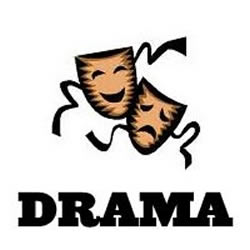 In the literary sense, the term ‘drama’ has two meanings. One is a genre of literature; the other is similar to a play. Dictionary.com defines drama as “a composition in prose or verse presenting in dialogue or pantomime a story involving conflict or contrast of character, especially one intended to be acted on the stage.”

Drama is the specific way that the work is written. In a drama, people, things, events, must be present through a dialogue. The term drama comes from the Greek word, ‘δρᾶμα’ (drama), which means ‘action.’ The word is actually derived from the verb, ‘δράω’ (draō), meaning ‘to do’ or ‘to act.’ Drama is essentially written to be performed. In fact, it can even be said that a drama is a type of play. Drama is a genre of play, which is neither a comedy nor a tragedy; it has elements of both. It may even include songs, such as an opera.

A novel, on the other hand, is a story written to be read, as opposed to be performed. Dictionary.com defines a novel, as ‘a fictitious prose narrative of considerable length and complexity, portraying characters and usually presenting a sequential organization of action and scenes.’ 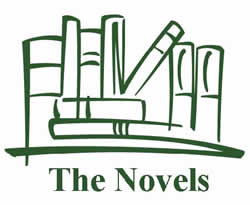 Essentially, a novel is a story written with a start, middle and end. The novel can be written in first person or in third person. It may have dialogues, or the events happening may be described. People, events and thoughts can be described, whereas this is not in possible in a drama. In a drama, only the dialogues are said, everything must be referenced to in the dialogue or not at all.

Let’s compare one scene as written in a novel and in a drama:

Celia and Olivia walked through the different rows of flowers. Coming upon a rose bush, Celia bend down to pluck a rose. Turning around she presented the rose to Olivia, while exclaiming, “The beauty of this rose is just like you, Olivia.” As Olivia took the rose from Celia, she pricked her finger on one of the many thorns on the stem.

Olivia: Look at all these beautiful flowers.

Celia: Look at that rose bush. Isn’t this rose beautiful? {Giving the rose to Olivia} The beauty of this rose is just like you, Olivia.

Olivia: Ouch, I pricked my finger.

wow...
What a nice way of differentiation....
Thanks