Difference between Nail Polish and Lacquer

Key difference: Nail polish and nail lacquer are nail liquids used for the purpose of nail protection. Nail polish is a varnish applied on the nails to make them shiny, whereas nail lacquer is a solution which is thicker in comparison to nail polish.

According to Collins Dictionaries, a nail polish is defined as: “a quick-drying lacquer applied to colour the nails or make them shiny”. 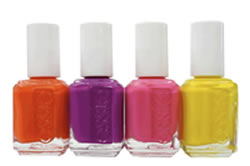 Most nail polishes are made of nitrocellulose dissolved in a solvent (e.g. butyl acetate or ethyl acetate) along with various pigments and colors. Their basic components include: film forming agents (such as silver halide), resins and plasticizers, solvents, and coloring agents.

Generally, a lacquer is a solution of nitrocellulose in an alcohol. To apply a lacquer to something is to give a smooth and glossy finish to that substance. 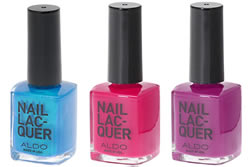 Most nail lacquers are a mixture of many different chemicals. A solvent such as ethyl acetate provides a liquid base in which the varnishes and other ingredients are suspended. Resins bonds to the nail, causing the lacquer to stay in place, and the thickeners keep the lacquers color particles evenly distributed throughout the liquid.

Comparison between Nail polish and Lacquer: