Names play a vital role in our lives. A name is composed of a first name, an optional middle name, and the last name. The first name is the name that is generally given by the parents. This name could mean anything or sometimes be meaningless. On the other hand, the last name usually refers to the surname. The surname is placed at the last in the full name and therefore, it is also known as the last name. Let us consider definitions of both from the Oxford Dictionary.     See First name Vs. Family name 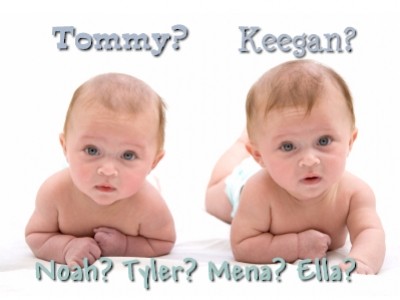 It defines the first name as

It defines the last name as

For example- in the full name ‘Sarah Brown’, Sarah is the first name as well as the forename. Brown represents the last name or can be referred to as the surname. However, in a few countries like Japan, China, and Korea, the family name comes before the given name.

A naming ceremony is regarded as very auspicious ceremony and therefore is celebrated with relatives and family members. The naming ceremony is held to decide a name for the child and this name will be the child’s first name. This name becomes the identity of the child throughout his or her life. Also see Surname Vs. Middle name

The last name is the name that we share with our family members. For example, John is the son of Mr. Peter Smith. As, John is the personal name that is given to him, therefore ‘John’ is his first name. His father has ‘Peter’ as his first name. ‘Smith’ precedes ‘Peter’ and therefore it represents the family name. As John, is the son of Mr. Smith, he shares his family name with his father and therefore his full name would be John Smith. In the full name of John Smith, John denotes the first name and Smith denotes the family name.

During the initial middle ages, the people were known by their first names only but as the societies started growing bigger, the need for another name came into existence. As the first names became common, the thought of another name was soon accepted. This name was derived from various sources. It might reflect the occupation of the person, or the locality of his residence, anything related to the person. These surnames were passed from one generation to the other. Therefore, the surnames that we use today, have some or the other connection with our ancestors.
Also see: Surname Vs. Family name

The origin of surnames varies from one place to another. However, most of the surnames originated representing the profession of the person, for example- Taylor, Shepherd, Fisher, and Baker. Surnames were also based on various other attributes or characteristics like - places, personal characteristics, etc.

Both first name and last name are a part of a person’s identity. The first name and surname are therefore connected to each other. However, the major difference between them is that a first name can be anything, it does not show any characteristic of the history involved with the name, whereas the surname can give you a lot of information about your origin. See Surname Vs. Last name

Last names provide a lot of information about the ancestors and can be helpful in defining one's origin roots. A lot of studies have been conducted in order to find out the history behind various surnames.  The first name can be regarded as one’s individual identity, whereas the last name can be defined as the family’s identity. Last names are also generally used in titles, like Mr. "last name" or Miss "last name".