Difference between FPO and OFS

Key Difference: FPO (Follow-on Public Offering) or OFS (Offer for Sale) are not exactly the same, but they serve the same purpose. Both are methods to raise money by selling of additional shares that were owned by the majority shareholders or owners. 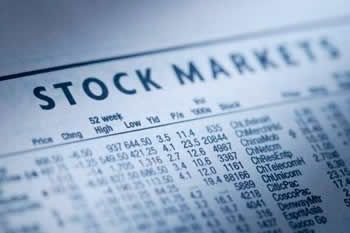 Market jargons are often confusing for many people who have not invested a lot of time to understand how the share markets work. So, what do IPO, FPO, OFS and other such words mean?

Everyone has heard about IPO or Initial Public Offering, with a lot of companies these days going public. IPO essentially means that in an attempt to raise capital, the company is listing the company on the share market. The company will issue shares and sell them to investors, who will then own a certain amount of the company. The number of shares are previously decided by the company, when it applies for listing itself on the stock market.

Now that the company is listed does not mean that its financial troubles will end. Even in the future, the company might require more funds for other means such as investment or new product, expansion, etc. So, what can it do in this case if it doesn’t want to take a huge loan?

The answer is usually an FPO (Follow-on Public Offering) or OFS (Offer for Sale). Now, these two terms are not exactly the same but they serve the same purpose. Both are methods to raise money by selling of additional shares that were owned by the majority shareholders or owners. FPO and OFS can be considered as two different methods that achieve the same aim – raising capital.

FPO is usually issued after the company has already been listed on the stock market. This is done to raise additional funds. There are usually two types of FPO – dilutive and non-dilutive. In dilutive, the board of directors come together and decide to raise the share float by creating new shares. This dilutes the earnings per share, hence the name dilutive. In non-dilutive, the company sells privately held shares that belong to the directors or other such insiders. They usually sell a small chunk of their shares, in order to raise more capital.

In OFS, the company sells off shares that are owned by the promoters or directors of the company. According to the NSE website, “Offer For Sale (OFS) mechanism has been introduced to facilitate promoters to dilute/offload their holding in listed companies. A separate window is being provided by the Exchange for the same.”

FPO usually has a lengthy process that requires the company to issue a prospectus, file the said prospectus with the SEBI or similar governing body and then hire managers who will take care of the sale. In OFS, the companies do not have to do any such thing.

FPO also usually last longer, somewhere between 3-5 days, while OFS last one trading day. For these reasons, OFS is proving to take a lead as the most used method for raising finances.

Comparison between FPO and OFS: