Difference between Genetics and Genomics

Key difference: The study of genetics deals primary with how one trait gets passed along from parent to child, through the generations. The study of genomics deals with the sequencing and analysis of an organism’s genome.

Unless one is in the scientific field or is actively knowledgeable about it, chances are that they may not know the difference about Genetics and Genomics. There may be many people out there that do not even know what those things are.

According to WHO, the “main difference between genomics and genetics is that genetics scrutinizes the functioning and composition of the single gene whereas genomics addresses all genes and their inter relationships in order to identify their combined influence on the growth and development of the organism.”

In the simplest terms, the primary difference between is that genetics refers to the study of genes, whereas genomics refer to the study of genomes. In order to understand the importance of this distinction, one must look at the difference between genes and genomes. Genes refer to the specific sequence of DNA that exists on a single chromosome. One gene encodes a specific product, such as hair color, eye color, etc. 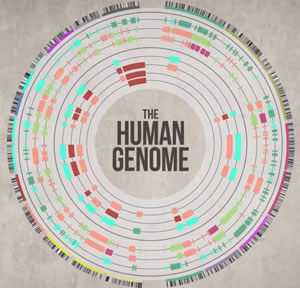 The study of genetics deals primary with how one trait gets passed along from parent to child, through the generations. This trait or gene can be traced back through the ancestors who see how it was passed down and who it affected. This can refer to the genetic trait for hair color, eye color, or even skin color, it can also refer to the genetic markers for certain diseases and disorders that may be passed down from parents to children.

The study of genomics deals with the sequencing and analysis of an organism’s genome. It attempts to map the entire genome of an organism and tries to distinguish between the genetic markers to see which one deal with what traits. This information can then be used to understand how and why certain diseases are passed genetically, why and their impact.

Traditionally, the field of genomics has been categorized as being part of genetics.

Comparison between Genetics and Genomics: