Key Difference: Gram seeds and beans seeds are both obtained from leguminous crops. Seeds of both the crops are used as pulses. They slightly differ in terms of texture and shape of the seeds. However, it is important to note that the word bean seed is now used for gram seed also. 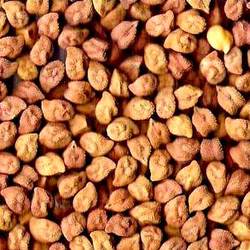 It may create some confusion to understand the differences between the two, because both are similar types of crops and now the term bean seed is used to refer both gram seed and bean seed. Thus, in today’s context there is primarily no difference between them, but considering the shape of seed, texture and maturing time of the crop, we can still categorize them saying that gram crops are generally used to refer to crops like chickpeas. Gram seeds are generally round, irregularly shaped with a firm texture and mild nutlike flavor. Gram crop is a leguminous crop and hence it requires less rainfall. The deep-rooted system of gram crop makes it feasible in dry areas.

Gram is rowed in rough seed bed for good aeration. It comes in varieties like Chaffa, BDN 9-3, T 3, H 355 N 31, N 59, Vikas,D 8, Pusa 209, Pusa 244. Generally, the seeds of grams are sowed in October but can also be delayed to the first week of November. Normally the seed rate of 75/100 kg/ha is used and spacing depends upon the variety. For example, for types like Cicer areitinum a row spacing of 30 cm is used, whereas in Kabuli types this spacing varies from 40 to 45 cm. The crop is grown mostly under rain fed conditions where irrigations are not possible but researchers have indicated that for better results light irrigation cannot be harmful. Sufficient moisture in the soil, while sowing the crop, is very important. The crop matures nearly within 130-140 days. After maturity, the plants are pulled out or plant are cut with a sickle and later the leaves become reddish brown, dry up and start shedding. The harvested plants are kept on threshing-floor and then they are dried for about a week and they are later beaten with sticks, etc. 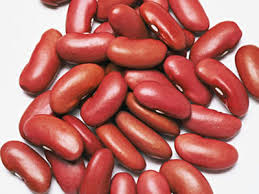 Bean is a common name given to seeds belonging to the family Fabaceae. So we can say that it includes gram seeds also. Originally the term bean seed refers to seed of broad or fava bean, but later the term was adopted to be used for many other related plants. Like gram, it also belongs to leguminous crops. Beans need a warm climate to grow. They mature in 55-60 days. As the bean pods start maturing, they turn yellow and the beans inside also change their colour. Most of the bean plants need external support to grow. Bean cages or poles are used to support the plants of bean. Beans are known for having great amount of fiber. Thus, it helps in regulating blood cholesterol. They are also high in protein, complex carbohydrate and iron. Bean seeds have elongated shape and have smoother texture in comparison to some grams.