Difference between Gymnosperm and Angiosperm

Key Difference: Gymnosperm is term that defines plant is a seed producing plant whose seeds are visible and are uncovered. Angiosperm is a term that is used for plant has seeds that are covered within an ovary such as flowers or fruits. 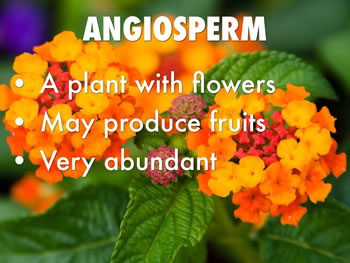 Trees weren’t always present on the planet; just like humans they also evolved in various stages. Evolution of plants began with mosses and liverworts that dominated the Paleozoic era. The end of the Paleozoic era saw a new type of plants which are now known as the ferns or ‘fern allies’ that made up forests during that era. Another 150 years passed before a new type of plant challenged the domination of ferns and its allies. These plants protected their seeds in an ovary that was encased a tough waterproof seed coat. So, where do the terms ‘gymnosperm’ and ‘angiosperm’ fit into all of this? Let’s look further.

While both the plants are quite similar in terms of live cycles and how they acquire food and nutrition, the main difference lies in how it reproduces and where the seeds of the plants are. Both the plants can have be perennial and have roots that allow it acquire nutrients from the soil.

Gymnosperm is term used to classify a plant in the Plantae Kingdom. This plant is a seed producing plant whose seeds are visible and are uncovered, which means that the seeds are open to the weather any other conditions. This group includes plants such as conifers, cycads, Ginkgo, and Gnetales. They have needle-like leaves with the seeds developing either on the surface of scales or the leaves, modified to form cones or at the end of short stalks.

These plants have a long life, and can be found year round. Gymnosperm plants are considered unisexual in nature and work rely natural agents for their pollination. Hence, in most plants, the endosperm is often produced as a haploid tissue, which is produced before fertilization.

Angiosperm is a term that is used to classify a seed producing plant. This plant has seeds that are covered within an ovary such as flowers or fruits. These plants depend on weather and animals for reproduction. They are the most diverse group of plants that are found on land. Angiosperm plans usually have flat leaves and have flowers that grow on the stems, which carry the seeds. These seeds carry pollen, which is then used for fertilization.

Flowering plants usually have a shorter life compared to gymnosperm plants and tend to survive for certain seasons. The plants depend on the weather, birds and animals that eat from the plants and the fruits for reproduction.

There are six major ways in which both the plants differ:

Flowering organs: Angiosperms have flowering organs, which means it has a more species-specific breeding system and allows more plants to evolve and cross-breed. 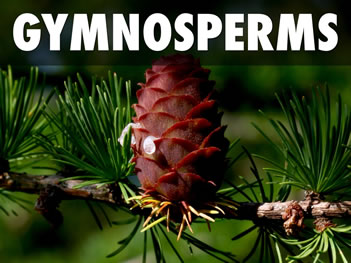 Reduced male parts: The male gametophyte in angiosperms is greatly reduced in size compared to the ones found in the gymnosperms. The small size of the male gametophyte has contributed to the reduced amount time between pollination (where the pollen reaches the female plant) and fertilization. This allows angiosperms to pollenate faster compared to gymnosperm plans, in which fertilization can occur up to a year after pollination.

Closed carpel enclosing the ovules: The closed carpel of angiosperms also allows adaptations to specialized pollination syndromes and controls. It also helps prevent self-fertilization and helps maintain diversity. Once, the ovary is fertilized, it develops into a fruit, which attracts seed-dispersing animals.

Comparison between Gymnosperm and Angiosperm: