Key difference: Hair Removal Cream and Waxing are synthetic creams and beautician techniques of removing the facial and body hair. The hair removal creams are branded chemical creams, whereas waxing is a semi-permanent hair removing method.

In the world of fashion and industry the hair removing techniques are considered to be of utmost importance; as these techniques help an individual to look more clean and clear in their appearance. According to changing time, the new and advanced for of hair removing techniques are found, one such is the Hair removal creams which are too fast and easy in order to complete the hair removing process. Waxing on the other hand, is been in use from the older times in the fashion industry; and also is considered to be one the most tedious and painful task. 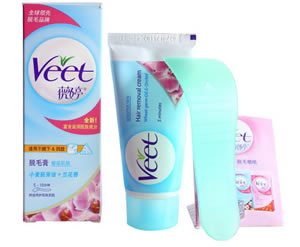 Hair removals are generally the depilatory creams, which are preferred by both men and women to remove unwanted hair. Hair removing creams are synthetic and artificial branded creams which are generally applied on the body for a while, and then removed with the help of the small spatula. These creams need to be tested first by applying on the different areas other than the genital and sensitive areas (face), than if any sensitivity or any side effect is observed than these are not preferred or applied. The hair removing creams helps an individual to complete the hair removing task within small duration of time, also tit is considered to be the easiest and clean method. In the market, there are several brands producing the hair removal creams. 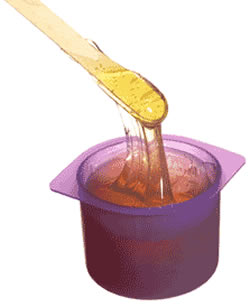 Waxing is a manual and professional technique which is generally preferred by both men and women. It is considered to be one of the semi-permanent techniques in the facial treatments. It must be done by a professional at least for the first few times, before the person learns to do it at home, specially dealing with hot or strip wax. Although waxing is painful, it is considered more beneficial as opposed to other forms of hair removal. These are considered to be one of the most tedious and to be messier in nature. There are various different types of waxes and different methods of waxing. Waxing includes hot wax, strip wax and cool wax. Hot wax is the form of a thick gooey liquid that results in being placed on the body, and removing it when it is cooled. Strip wax requires a thin strip of wax, followed by the wax being pulled off by a strip of paper or cloth. Cool wax is similar to strip wax.

Both, the methods have their share of advantages and disadvantages; that is there are cases of side effects related to the hair removing creams, while even waxing is considered to be dangerous, as it consist of the sticky and hot wax. Hence both the techniques need to be used carefully before actually implementing them on the crucial and delicate parts. Hair removing creams are easy to apply and remove, but their PH level matters hence they need to be tested properly before applying to the body parts; while waxing though tedious, helps and reduces the hair growth; but there are cases of burns and side allergies related to it, hence it is suggested to prefer waxing from the beauticians or experts in the first few attempts.