Difference between Hulu and Hulu Plus

Key Difference: Hulu is a website offering on-demand and ad-supported video streaming. Whereas, Hulu Plus is a monthly subscription service that has a larger content library, and is available on wide range of platforms. 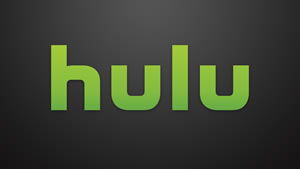 Hulu is a website that has on-demand and ad-supported videos of TV shows, movies, webisodes, trailers, clips and behind-the-scenes footage. NBC, Fox, ABC, TBS, and many other networks and studios upload their videos on Hulu. It is made with a purpose on making it possible for any person in the U.S. to watch and enjoy any event or show anytime and at any place. Hulu videos are currently offered only to users in the United States, its overseas territories and Japan. Hulu provides video in Flash Video format, including many films and shows. The videos are available in 288p, 360p, 480p, and in some cases, 720p or 1080p HD.

Hulu is a joint venture of NBC Universal Television Group (Comcast), Fox Broadcasting Company (21st Century Fox) and Disney–ABC Television Group (The Walt Disney Company). It was funded by Providence Equity Partners, the owner of Newport Television, which made a US$100 million equity investment and received a 10% stake. In March 2007, the Hulu venture was announced with AOL, MSN, Facebook, Comcast, Myspace and Yahoo! planned as "initial distribution partners". Hulu launched for public access in the United States on March 12, 2008. Hulu has been identified as a possible candidate for IPO by 2013. A report revealed that Hulu is planning for IPO that could value the company for about USD 2 billion.

Hulu provides two types of accounts; Hulu.com (free service) and Hulu Plus (paid service). Hulu Plus has more features than Hulu and is available on different platforms. On October 21, 2009, News Corporation Deputy Chairman Chase Carey stated that Hulu "needs to evolve to have a meaningful subscription model as part of its business" and that it would likely start charging for at least some content by 2010. On June 29, 2010, beta version of Hulu Plus, a monthly subscription service was launched. Later, in November 17, 2010, the official version of Hulu Plus was launched. However, both have commercial ads. Hulu Plus adopts monthly rental scheme and does not charge annually. The major differences between the two services can be pointed out as below: