Difference between iOS 8 and iOS 9

Key Difference: iOS 8 was introduced to the world in June 2014 and was released on the same day. iOS8 offered some significant updates over the older iOS, but was still pegged as a troubling iOS because of its many bugs.iOS 9 offered some brand new features and also built up on the features that were offered with iOS8. iOS 9 was announced in June 2015, with a release lined up for the fall of 2015. The most noticeable change on the new OS is the font. Apple has changed the font from Helvetica Neuve to San Francisco. 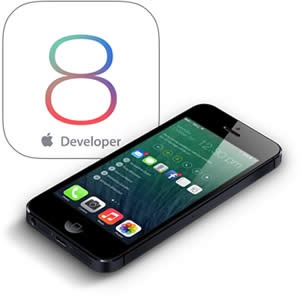 iOS 8 and iOS 9 are two operating systems that were released by Apple for their iPhones and iPads.iOS 9 is the latest upgrade that Apple has announced and is being released sometime in 2015. The OS was unveiled on June 9, 2015 and offers many upgrades over the older versions. Many techies believe that this the best version of iOS yet and is significant upgrade to the older trouble predecessor.

iOS 8 was introduced to the world in June 2014 and was released on the same day. iOS8 offered some significant updates over the older iOS, but was still pegged as a troubling iOS because of its many bugs. However, it offered a few new features over the iOS 7. iOS version 8.2 also included support for the Apple Watch.

New features included extra editing tools for the camera and photos app. It also allowed cropping and brightness control. Notifications was also updated and the three tab notification system was reduced to having only two tabs (Today and Notification). Users could also add, remove and rearrange custom widgets from third-party applications. The messaging app now allowed sending video and audio messages by holding down the record button. Do Not Disturb button could now be applied on a single tread and people would also be added and removed from that thread.

A new keyboard was introduced with a new predictive typing feature, known as QuickType. iOS 8 also allowed third – party keyboards.iCloud feature was added where data could be directly saved to the user’s cloud account. Apple also introduced Family Sharing, which allows a family of five people to share purchased apps, music, movies, TV shows, and books using the same credit card. It also introduced HealthKit and HomeKit. HealthKit includes the Health Application, which allows users to track their steps, oxygen, sleep levels, and other health related data. The latter allow users to communicate and control smart devices at home such as Apple TV.

iOS 8 also introduced Spotify – integration of a number of web services that can search such as Wikipedia, Google and Bing. Spotlight can also search for news, nearby places, suggested websites, movie showtimes, and content that is not already on the device from the iTunes Store.

iOS 9 offered some brand new features and also built up on the features that were offered with iOS8. iOS 9 was announced in June 2015, with a release lined up for the fall of 2015. The most noticeable change on the new OS is the font. Apple has changed the font from Helvetica Neuve to San Francisco, which ranks higher in readability. The Keyboard has also received a few upgrades mainly a two finger drag that allows the user to cut, copy, paste, undo and redo. Also, when shift is inactive, lowercase letters are displayed, instead of the all-caps representation on all previous iOS versions.

The Newsstand has been replaced by News. It is made simpler and easier to sort through various different digital magazines. As the person continues to subscribe, the app now complies articles from the magazines and gives in a consolidated format, similar to Flipboard. It also now integrates social media posts. Notes also receives a few updates where in addition to typing, users can also now draw, sketch, add URLs, documents and even Map locations. It also allows a sharing option.

Maps has a very cool update, where in addition to showing directions and turn-by-turn navigation, users can now also view transit directions. This shows which trains the user can take to reach their location and also incorporates the different paths or point of exits. The Maps app now also makes recommendations to points of interest, restaurants, etc. based on what time of day it is or the users' interests. 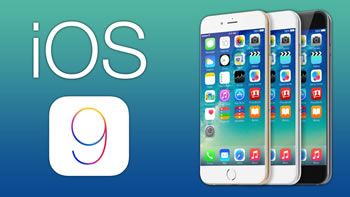 Multitasking has become easier with the new OS with options such as Slide Over, Split View, and Picture in Picture. Slide Over allows users to pull in a different app from the right edge of the screen. Split view allows dividing the screen in two to run two different applications together. Split View offers users to drag and drop from one app to the other and even determine the size of one app. They have 2 options – both apps can occupy 50% of the screen each or one can be at 70% and the other at 30%. At this moment, only the iPad Air 2 can support the split functionality. Picture in Picture allows the users to reduce the size of a video in order to work on another application. The resize video can be moved around the screen at the user’s convenience.

Performance and battery has also been improved. The under-the-hood upgrades reduces battery usage by 1 hour and the new iOS also introduces a battery saver option that can add approximately 3 hours to the battery life.iOS 9 also requires only 1.3 GB space for upgrade, much less than the 5 GB required by the iOS 8. Siri and the Search (originally Spotify) have also been given higher accuracy in order to make the phone more “proactive” for the user. The phone anticipates the user’s habits and then automatically performs the function. For example: if a person plugs in their headphones at 9 AM to listen to music. The phone will automatically bring up the music application at 9 AM.

Comparison between iOS 8 and iOS 9: