Difference between Japanese and Chinese Food

Key difference: Japanese cuisine is the food, the ingredients, the preparation and the way of eating in Japan. Chinese cuisine includes the cooking styles originating from the diverse regions of China and its people in other parts of the world.

Asian cuisine is a very unique cuisine, as opposed to other cuisines. However, there are certain cooking and food preparation styles that are similar inbetween Japanese and Chinese cuisine. There are quite a few differences between them. 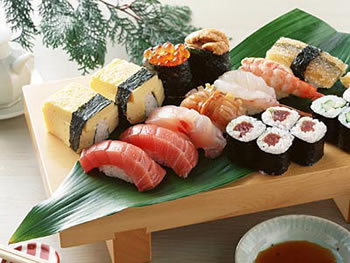 Japanese cuisine reflects the ingredients, the cooking and the way of eating in Japan. It is very light for the stomach. It is considered to be healthier than Chinese food. It uses less oil in the preparation of food, along with a small amount of carbohydrates. This cuisine includes a certain amount of rice meals, but not to a large proportion. Japanese are fond of pan frying their food. They use the typical flat pans called teppans, which are used to cook food at high temperature. It is like a grill table which allows the food to get crisp from the outside, and it retains the raw and juicy flavor from the inside. Uncooked food is highly accepted by the Japanese, especially sea foods. They love to eat them raw. Sushi platter is a very common example. The following are few examples: Udon, yakisoba, ramen (noodles), katsu and tempura. The last two dishes are usually deep fried, a common characteristic of frying among the Japanese. 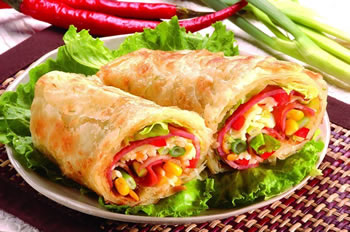 Chinese cuisine reflects the traditional cooking style of the people of China. Rice and noodles are a staple part of Chinese cuisine. However, they are also very high in carbohydrates. Considering this and the fact that Chinese use a lot of oil in their food, Chinese cuisine is considered as the less healthy option. They cook their food in the traditional wok. It cooks the food evenly from both, inside and outside, by the constant tossing and turning of the food. This is the reason why the Chinese are fond of pan frying their food. Food preparation is given a lot of thought by the chefs, the dishes are named and held to be lucky. A lot of work is done to make the food stand out for the customers. They use of lot of spices and herbs so as to generate more flavors in their dishes. Common examples of Chinese cuisine include chowmein, orange chicken, egg flower soup, etc.

Comparison between Japanese and Chinese Food: