Difference between Kebab and Tikka

Key difference: Both, kebab and tikka are extremely popular items in a menu. The key differences between the two dishes are based on the type of meat, their style of cooking and their seasonings use while preparing the kebabs and tikkas. 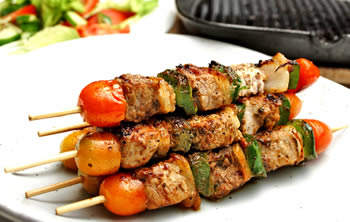 The term ‘Kebab’ originated under the Mogul empire, where the soldiers of the royal army would cut pieces of meat and thread the pieces together over their swords, and then cook the meat on open fire. Kebab is a Mongolian word that became any piece of meat which was marinated and cooked on open fire.

Lamb is the most common meat used for kebabs, though chicken and pork are also widely used in making this mouth-watering delicacy. After marinating, these chunks of meat grilled on a skewer or a spit on an open flame or any other heat source, and to further enhance the taste of these kebabs, chunks of vegetables can also be added to them. Because of their simple seasonings, these kebabs pair up brilliantly with flatbreads, pitas or can be served over rice, lentils, gravies, etc. These make for great street food that is served with different condiments such as sauces, chutneys, etc. One can enjoy the ‘kebabs’ hot on the restaurant plate or even chilled at the comfort of their home.

‘Tikka’, on the other hand, is a popular Indian dish. After the Moguls, came the royal Nawabs, who introduced pan fried kebabs made of minced meat for their old and aged royals. At the same time, Hindu Raja’s had started using farm fresh vegetables for their grilled meals. There was already the term ‘tikki’ used to refer to mashed potato patties, so the term ‘Tikka’ was created to refer to the vegetarian kebabs. 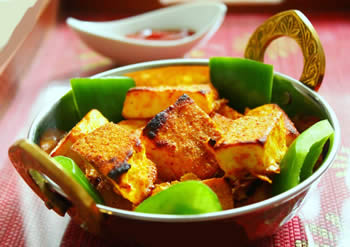 Tikkas, also called as kebabs, are succulent chunks of meat that are marinated with different spices. As per most tikka recipes, a ‘tikka dish’ is prepared by using boneless pieces of chicken or mutton or pieces of panner, which are first marinated in yogurt and spices, and then baked in a clay oven known as a tandoor. Though at times, these tikkas are barbequed on hot coal to bring out a unique taste and flavor.

Over the years, both kebabs and tikkas, have become so popular throughout the world, that many people consider them to be one and the same thing. Though, as explained above, such is not the case. They both are quite easily differentiable as kebab is made with coarsely minced meat, while the tikka consists of larger chunks of meat, marinated and grilled till done. Further differences can be read in the table below.

Comparison between Kebab and Tikka: