Difference between Limbo and Purgatory

Key Difference: Purgatory is the place where souls are prepared for Heaven. The Limbo of doctrine was introduced by philosopher Augustine, who claimed that children who are not baptized are consigned to hell. 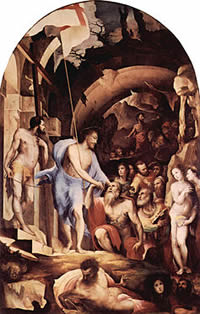 Let’s start at the beginning. According to a doctrine produced by the Catholic Church, there is no official place known as Limbo. However, purgatory exits as a process rather than a place. Medieval theologians of Western Europe, suggested a place where the underworld was divided into four distinct parts: Hell of the Damned (also known as Gehenna), Purgatory, Limbo of the Fathers or Patriarchs, and Limbo of the Infants.

As per this division, there is hell where souls that die with sin are placed. Purgatory is the place where souls are prepared for Heaven. The Limbo of doctrine was introduced by philosopher Augustine, who claimed that children who are not baptized are consigned to hell. This continued for 800 years, until Monk Thomas Aquinas claimed that Limbo of Children is a state of natural happiness for unbaptized children.

According to the United Church of God, Limbo, from Latin limbus meaning edge or boundary (of hell by implication), was thereafter taught to be a state after death in Roman Catholic theology. It was compartmentalized into two categories, one for children called limbus infantium and the second for the Fathers called limbus patrum, a temporary state of the souls of anciently righteous people. 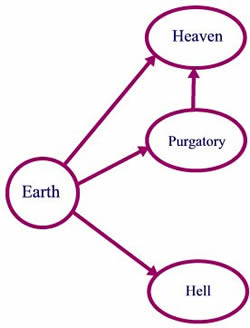 Now, limbo is more a place that is divided into two: Children and Adults. As stated above, the limbo for children is for children who die that have not been baptized. Since, it is not in their hands, it is believed that they should not have to pay for it. So, they enter a happy place known as limbo for children. On the other hand, limbo for adults is a place for souls that have been excluded from heaven through no fault of their own. Limbo of the Fathers (Limbus patrum) is the place where people remain died before Christ, were detained until Heaven, which had been closed in punishment for the sin of Adam, was reopened by the Savior, Jesus Christ. When, Jesus died he entered Limbo and freed all those people before he was resurrected.

Because of the confusion regarding Limbo and Purgatory, on April 22, 2007 the Pope authorized the Roman Catholic Church to rule out limbo. So, children who are not baptized are now believed to enter heaven.

Comparison between Limbo and Purgatory: