Difference between Meat and Mutton

Key difference: Meat is the general term used for all animal flesh, whereas mutton is a type of meat which is derived from sheep and goat. 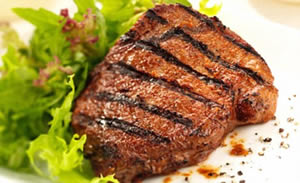 Meat is a generalized term used for all animal flesh. This category consists of flesh from animals such as pigs, cattle, lambs, etc. Mutton, on the other hand, is a type of meat, which is derived from sheep and goats. Meat, generally, includes the skeletal muscles, associated fat and other tissues of an animal, whereas mutton is the meat of a domesticated adult sheep.

Meats are highly popular in many countries across the globe. It, being rich in water and proteins, is considered edible raw. However, it is normally cooked, processed and seasoned before eating. It is said to be a part of the meal. Usually, the juicer and richer parts of an animal, which is considered to be the meat, are used for consumption. However, the prime cuts of an animal meat are the T-bone, sirloin and fillet. Meats are red in color, and high in fats. They are high in water, which makes them easier to chew, and more juicy in taste.

On the other hand, Mutton is a popular ingredient used in Middle Eastern and far Eastern countries for making food. Mutton is generally taken from an older and mature sheep, aged over two years. Mutton is high in fat, as it consists of all the concentrated fat present in the muscles of the sheep. This meat is dark, pinkish red in color. It is high in fats, protein and flavoring substances, which makes the mutton rich and juicy. Although, it is strong in flavor, because of its low water content, it is tough to chew. The prime cuts of a sheep are the forequarter, loin, and hindquarter.

Although mutton is a type of meat, in terms of cooking, both mutton and meat are cooked and prepared differently. Being high on fats, mutton takes a lot of cooking time, whereas meat in general can be prepared fairly quickly. To enhance the taste even more, both are cooked in a variety of ways such as the meat can be cooked as steaks, in stews, and fondues, while mutton is also widely used in making stews and curries. Meat can be grounded or be used in the forms of patties, loaves, sausages, or sauces. Also, depending on the pallet, meat can be smoked or cured; they are generally marinated and barbecued, or simply boiled, roasted, or fried. On the other hand, mutton can be baked, cooked, roasted or be steamed. 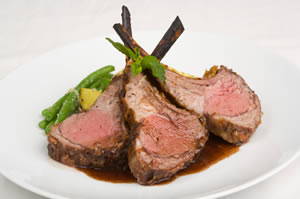 In spite of the different cooking methods, mutton is still a type of meat, which means that more or less, both mutton and meat are similar, and any major differences can be understood in the table below. However, before enjoying these dishes, one should make sure that both the meats are fresh, processed and safe to eat. Unprocessed meat is a major reason for concern as it is easily spoilt, and if not cleaned thoroughly it can cause infection through bacteria and fungi present on the meat. Though, a common additive for both preservation and procession is adding sodium nitrite to the meat, it is also a source of health concern, because it may form carcinogenic nitrosamines when heated.

Comparison between Meat and Mutton: