Key difference: Mustard and Sesame Oils are edible vegetable oils, derived from the mustard and sesame seeds. Specifically, these oils are known for their medical and culinary benefits.

Oils are known for their medical and health benefits. All oils share their parts in unique usages in many fields. Among them are the mustard and sesame oils, which are particularly applicable in many medical fields. From traditional times, these oils are applicable in medicines, and hence have been implemented in their preparations. 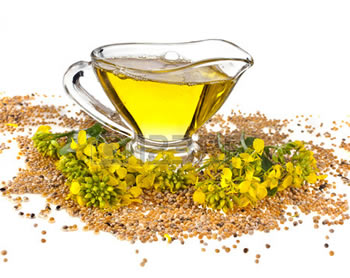 Mustard oil is a form of vegetable edible oil obtained from the traditional mustard seeds; botanically, its plant belongs to the brassica family. the crude mustard oil which is derived from the black mustard seeds, have a typical pungent and spicy odor with a strong taste. On the other hand, the refined mustard oil is totally opposite with the neutral odor and taste. The oil is famous in the Indian regions. In the world, the oil ranks third due to its medicinal and cooking applications. The oil comprises mostly of the fatty acids, oleic acid, linoleic acid and erucic acid; along with 5% of lowest saturated fat content. Apart from cooking, the oil also has also been used in the Ayurvedic sectors, as the oil is known for its healing and medicinal properties and is also considered to be beneficial for hair, skin and body. As of the health benefits, the oil is regarded to be too beneficial in health aspects. Earlier the oil was considered to be allergic and toxic as it contains erucic acids which have a negative effect on the human body. But after the relevant research and inventions the oil is found to be free from toxic properties and hence can be consumed. The oil regarded to be best in its anti-bacterial and anti-infectious nature. 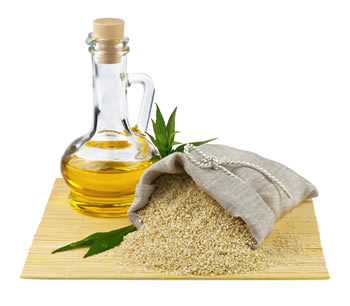 Sesame oil is derived from the sesame seeds, botanically from the sesamum indicum plant. The oil has a nutty flavor, with a natural yellow color and is a rich source of nutrients. From Vedic times, the oil is considered to be excellent for human consumption, and hence is known for its healing properties. The usage of the oil is specifically found in the cosmetic industries, due to its anti-fungal and anti-bacterial properties. The oil stops the growth of common skin pathogens, such as staphylococcus and streptococcus as well as common skin fungi, such as athlete's foot fungus. Naturally, the oil is also antiviral in functions. Along with these usages, the oil is tremendously used for cooking in the South Indian regions. Also, it is often used as a flavor enhancer in Chinese, Japanese, Middle Eastern, Korean, and Southeast Asian cuisine. Today in the modern era, the nutrient rich seed oil is popular as alternative medicine for traditional massaging and treatments.

Mustard and sesame oils are best known for their medicinal and culinary usages, due to which they are most preferred and opted for cooking and other health benefits. Mustard oil is known for its massage uses; while sesame oil is rich source of antioxidants and other therapeutic agents. Both oils are known for their anti-inflammatory properties and have a major share in the skin and cosmetic industries. In general, it can be considered that, both oils contribute to reduce similar type of health issues and problems, but are beneficial in their corresponding roles.