Difference between Nainital and Manali

Cool fresh air, serene beauty, cloud studded sky, a river or a lake, all these lovely words take you to another world where you would love to spend your vacations. A hill station can be referred to as a place where you can imbibe your body and soul in magical surroundings. India is famous for its hill stations worldwide. Even before the independence of India, British were quite surprised with the serene beauty of hill stations and tried to make best use of these hill stations. 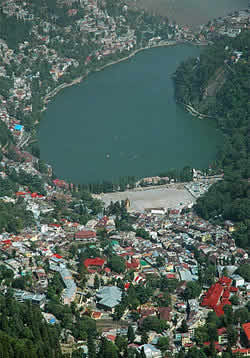 Nainital is a popular hill station present in the Uttarakhand state of India and is located at the district named the same as Nainital. Nainital is mainly famous for its lakes; it is also sometimes referred to as the lake city. It is set up in a valley that comprises of a pear shaped lake known as Naini Lake and the city has got its name from this lake. There are other lakes too that are present near Nainital and thus, whenever tourists visit Nainital, they take a tour of all nearby lakes too.

The hills of this Kumaun region were ruled by British after the Anglo Nepalese war. Nainital, however was founded in the year 1843 by P.Barron who was a sugar trader from Shahjahanpur. Due to its clean environment, it was also termed as the health resort and later was adopted as the summer residence of the Governor of the United Provinces.

Later on, major developments took place and the city got popularized day by day. Nainital has been able to create the same charm as it had earlier, during the British rule. The famous attractions of Nainital include Naini Lake, Naina Devi temple, Governor's House, Pt. G.B. Pant High Altitude Zoo, Snow View, Naini Peak and many others.

Manali is another famous tourist attraction. It is a hill station in India. It is situated in the state of 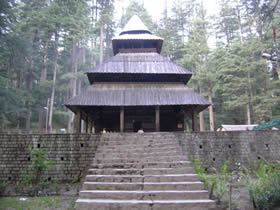 Himachal Pradesh, near the northern end of the Kullu Valley. It is famous for it its Hadimba temple and Manu temple. The nearby places of interest are Vashisth which is know for its hot springs, monasteries, Solang valley known for ski slopes and many more.

It is named after Manu, who is a mythological character. It is believed that he survived at the time of a massive flood which drowned the whole world. A fish saved him and then later he recreated human life at Manali. It is also known as the 'Switzerland of India' or 'mini-Switzerland'. It is admired by the trekkers and of course by the honeymoon couples. In Manali, it is easy to see the snow capped peaks. It is situated in the Beas valley, and thus one can easily glimpse the Beas river meandering through the town.

It is also renowned for it apples and other fruits. The British introduced apple trees and trout in this valley. Today apples, plums and pears contribute majorly in the income of the people of this region.

If you want to see the snow even in May, then definitely Solang valley near Manali can make it feasible, similarly if you like hiking or paragliding then you must visit Manali. On the other hand, if you love lakes and are not much into adventure sports then you must visit Nainital and relax in its cool environment. You must start planning your next vacation soon!

The details are summed up in this table below:-