Difference between Nectar and Pollen

Key Difference: Nectar and Pollen are two different substances that are produced by plants. The basic difference between them is that nectar is a fluid produced by the flower, where as pollen is the sperm cells of the plant. 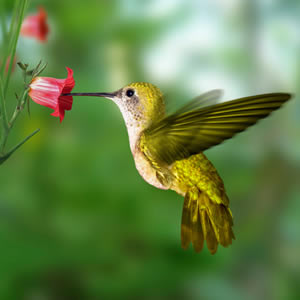 Nectar and Pollen are two different substances that are produced by plants. However, the two are completely different and have different purposes. The basic difference between them is that nectar is a fluid produced by the flower, where as pollen is the sperm cells of the plant.

Flowers consist of glands called nectarines, whose only purpose is to produce nectar. Nectar is a fluid that is produced by a flower. It is very rich in glucose, i.e. sugar. Hence, it is often used by insects and some animals for a source of energy. The primary of those are bees, butterflies and moths, hummingbirds, and bats.

For the flowers, the purpose of nectar is to attract the pollinators. These include various insects and some animals; the most of which are the aforementioned are bees, butterflies and moths, hummingbirds, and bats. These creatures are attracted by the nectar, which has a sweet taste and smell. 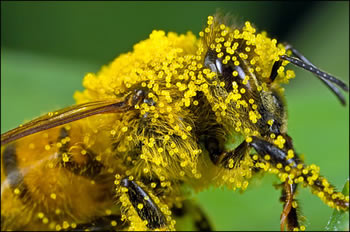 Pollen plays the most important part in reproduction. It is a fine to coarse powder that contains the microgametophytes of seed plants. It is located on the anthers, which are the male reproductive parts of the flower. Basically, pollen produces the sperm cells of the plant, which are covered by a hard coat made of sporopollenin that protects them. When the pollinators come to feed from the flower, the pollen gets attached to the pollinator’s bodies and is then transported from this flower to another. Once it makes it to the other flower it must come in contact with the stigma, which is the female part of the flower. The pollen then fertilizes the plant, which results in the creation of seeds.

Bees, one of the biggest pollinators of flowers, use both Nectar and Pollen. For bees, the nectar is one of the primary sources of energy. In fact, all honey is made out of nectar, whereas pollen is used primarily for protein and as food for larvae.

Comparison between Nectar and Pollen:

The glands are called nectaries. Looks like an autocoreect error :)

Hi Bob, thanks for pointing that out, but it is actually correct. A nectar-secreting glandular organ in a flower is actually called a nectary or nectaries for plural.

This is a nice simple explanation. Thank you so much.

Very good explanation. Thanks for clearing it up!

Well said. Thank you for the succinct clarification!