Difference between Obsession and Compulsion

Key Difference: Obsession refers to persistent, intrusive and unwanted thoughts, images or impulses and urges. Compulsions are behaviors that the person exhibits that may help them deal with the anxiety caused by these obsessions, or the obsessions themselves. 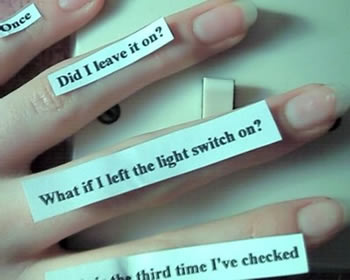 The confusion between the terms ‘obsession’ and ‘compulsion’ arises from the fact that the two terms are interrelated. However, many people mistakenly believe them to be synonymous. Obsession refers to fixation, it is a person is fixated on or attached to an object, believe, or even a person. This feeling could be about constantly thinking about someone or something, wanting to protect it, even going to extreme measures to do so, or wanting to possess or own it. The feeling of wanting to possess a person is referred to as obsessive love.

Compulsion, on the other hand, is a feeling that one is compelled to do something, i.e. is being forced to do something. This feeling of being forced can be from someone else, internally from within, or from the universe. One such example would be to knock on wood so as to avoid jinxing it. The person might feel compelled to do so, otherwise something bad might happen. Compulsive behaviors often become habits with people doing them automatically, or they may feel like they have to do them, even under duress.

In addition to this, the two terms are also often used in the context of mental health, and primarily in the context of OCD, that is Obsessive Compulsive Disorder. A person affected by OCD experiences two distinct types of behaviors: Obsession and Compulsion. The obsession part refers to persistent, intrusive and unwanted thoughts, images or impulses and urges. These thoughts deal highly unrealistic worries that something that is trivial for others might result in catastrophic outcomes. For example: getting exposed to germs will result in getting sick and possibly dying. 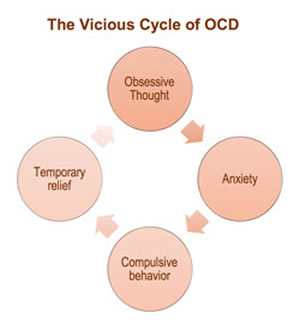 These thoughts are often irrational, senseless, or inappropriate, which the person knows but still cannot control. Hence, the occurrence of these can cause serious anxiety to a person suffering from OCD. Compulsions are behaviors that the person exhibits that may help them deal with the anxiety caused by these obsessions, or the obsessions themselves.

Here the primary distinction is that obsessions are thoughts while compulsions are behaviors. A person suffering from OCD often experiences both obsession and compulsion. These behaviors may range from mild, where they only occur once in a while to debilitating, where they may have an impact on day to day life. A person may also suffer from various different obsessions and compulsions at the same time, all of which might be at different intensities.

Comparison between Obsession and Compulsion: