Difference between Power and Electricity

Key Difference: In Physics, power is defined as the rate of change in energy. However, in general context we use the term power to refer to the energy that can be produced by various means like mechanical, electrical, etc. Electricity is a form of energy that is produced by electrical means (flow of electrons).  Thus, power can be used in context to various sources and methods of generating the energy, whereas electricity can only be used in context to electric power.

Electricity and power, these both terms can be confusing, because many times we use power in place of electricity and sometimes power is used to denote some other forms of energy too, apart from electricity. This article will explain the differences and the similarities too.

Let us start by understanding the term electricity and then we will relate the term to power. Electricity is a very important part of our life and thus electricity word has also become inseparable from our modern living. Everything seems to be worked by electricity. We often use words electricity and power, some people use them as synonyms or sometimes they define both the things as two different things. Let us find out how these terms originated and how they are used in today’s context. 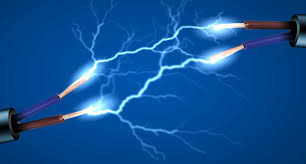 Electricity is produced when electrons move in the atoms of matter and create an electric current from one end to the other. The word electricity therefore has direct connection with electrons. Actually the word electron, electronic and electricity all have been derived from the Greek word ‘elecktor’ meaning burning sun.

In addition to this, Greeks found that when amber is rubbed by fur or other objects, then it behaves in a different manner. Amber is a fossilized tree sap. It would attract feathers or anything else, and this was an amazing phenomenon for them. Later, the Latin word electricus meaning ‘produce from amber by friction’ was introduced. These were the first examples of static electricity and later the term originated as the electricity, which defined the phenomenon. In one sentence, we can define electricity as the flow of electrons or the current.

Power is generally defined as the energy that is produced by mechanical, electrical or other means, for example- power originating through mechanical means is referred as mechanical power. The energy 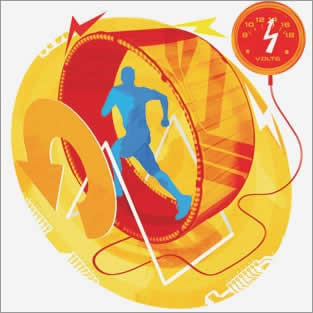 obtained is then used to operate a device or for other useful purpose. Now, power in physics also denotes the transfer of energy in per unit time. However, here we are comparing the power and electricity, thus we will differentiate them on a general basis.

Electricity is also a power as it is produced by electrical means. In this particular sense, they both mean the same. The energy within electricity is sometimes referred as electric power.

The city remained dark for weeks due to electricity cut off.

The city remained dark for weeks due to power cut off.

They both are referring to interruption in the supply of electricity. Therefore, at times we consider the power to be electric power or electricity, by referring to the context of a sentence. In other situations, where one can get confuse about the form of energy, one must specify the type of power.