Difference between Ruby and Ruby on Rails 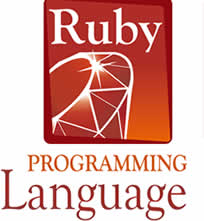 Ruby is a scripting language developed by Yukihiro Matsumoto in the mid-1990s. This language can run on a variety of operating system platforms like Window, versions of UNIX and Mac OS.

It is a high level programming language which is interpreted like Perl, Python, etc. Like Java, it is also an object oriented programming language. It has various benefits like it is an open source language which is also a truly object oriented language. Its helpful community provides solutions to many problems if encountered. It is easy to learn and extend. 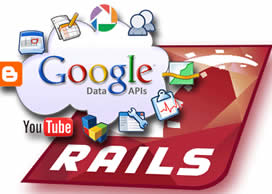 Ruby on Rails is an open source web framework which is written in Ruby. It was developed by Heinemeier Hansson in 2003. A web based project management application called Basecamp tends to be the base of Rails. It also works on a variety of platforms like Windows, Macintosh and Linux. Ruby on Rails is also known as Rails. Rails is compatible to all common databases.

It makes use of a concept known as Convention over Configuration due to which little configuration is left at the time of writing the code. Rails run on top of an HTTP server. Therefore, Ruby and Rails are related but still different; Ruby is a high level programming language, whereas RoR or Rails is a web development framework which is implemented in the Ruby language. Rails web framework is used by many web companies like Twitter and Kongregate.

Both Ruby and RoR are free and one can easily download the package. Ruby is an essential component of RoR.

Comparison between Ruby and Ruby on Rails: