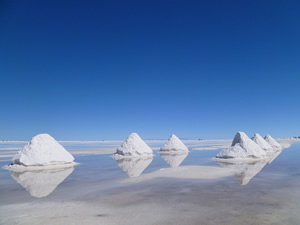 Sea and rock are two different types of salts. Actually, all salts contain sodium chloride. Sea salt is derived from the sea water, and therefore it is known as sea water. It is obtained by hydrating sea water generally under the sun. There is always a possibility of impurities to get mixed up with sea salt. Therefore, pure water and filtration methods are used for obtaining sea salt containing fewer impurities.

It mainly consists of 30.59 percent of sodium ion and 55.03 percent of Chloride ion along with other ions like Magnesium, Calcium, Potassium, etc. Sea salt is generally added for a pungent type of flavor. Flaked sea salt provides a complex flavor. 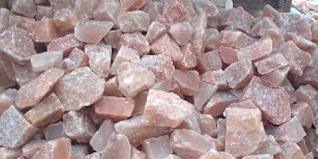 Rock salt is another type of salt which is obtained in the form of the mineral ‘halite’. It also contains NaCl, but also has some impurities of gypsum and sylvite. It is found in a solid form, and as it is found in the form of mineral, it is mined. These deposits of rack salt are found in dry lake beds, enclosed bay, and estuaries in arid regions.

Sea salt and rock salt are therefore different from each other. As sea salt is derived from sea water it tends to carry the flavor or tang of the ocean. Sea salt is generally used as general-purpose salt. Rock salt is available in different variety of sizes. It is very cheap and therefore is used when a large amount of salt is required. Flavor of rock salt is stronger than the mild flavor of sea salt.