Difference between Servant and Maid

Key Difference: The main difference between a servant and a maid is the fact that maids are types of servants. They are also usually female, whereas a servant can be male or female. 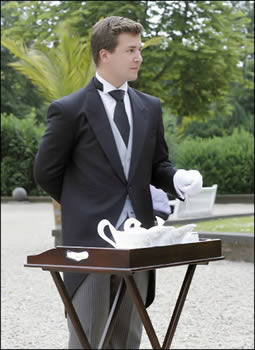 A servant is essentially a person who is employed for some work. They can be male or female and may work in or around the house. Their responsibilities could include cooking, cleaning, providing care for children and elderly dependents, housekeeping, laundry, ironing, shopping for the house, taking care of the pets, driving, etc.

Hence, the category of servant may include the Butler, Housekeeper, Cook, Footman, Valet, Governess, Nurse, Gardener, Coachman, Groom, Chauffeur, and Maids, such as housemaid, lady's maid, and/or, kitchen maid. Any and all of these working in a household will be grouped together under one heading of Servants. 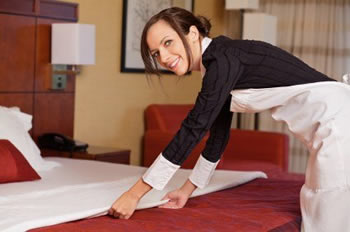 Maids are a specific type of servants. They are usually female, as evidenced by the term “maid” is shortened from “maiden” which traditionally meant an unmarried virgin girl. The maids usually worked in house, and are mainly responsibility for household chores such as cooking, ironing, washing, dusting, tidying up, changing bed linen, cleaning the house, grocery shopping, walking the family dog, and taking care of children, etc. This would depend on the size of the household, and the number of other servants hired. Primarily their jobs were and even still are similar to what private maids and hotels maids do today.

Comparison between Servant and Maid: