Difference between Shall and May

Key Difference: Shall is generally used to express an intended provision in the form of offers or suggestions. On the other hand, may is generally used to express possibility or permission. It is also used to denote a wish or hope. Shall is considered to be more formal than may. Shall is also comparatively more old-fashioned. However, both are used to denote propositions about the future. 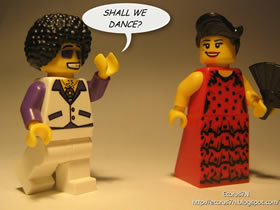 ‘Shall’ and ‘may’ might create some confusion as both are modal verbs. However, they both are somewhat different from each other. Shall is used to express an intended provision. It is used to denote propositions about the future. Shall is used with first person pronouns like I and we to form the future tense. For example, Shall we go to classes? It is important to be noted that shall can also be used to form other type of sentences, but it often sounds formal and old-fashioned. Shall with second and third person pronouns is used to express a strong determination. For example - You shall come by 5.30 p.m.

According to Dictionary.com may is defined as -

According to Dictionary.com shall is defined as -

Comparison between Shall and May: