Difference between Smartphone and Basic Phone

Smartphones and basic phones are two categories of cell phones that are available on the market. The term basic phone was created to distinguish the phone from a smartphone. Basic phones have become less common, with technology constantly increasing at an exponential rate. People have become more demanding of their cell phones and now require many different features. However, some people have still opted to stick to basic phones to easy the complication that arises from having smartphone in their lives. These two categories can become confusing for many people as basic phones have become uncommon in today’s technology driven world. 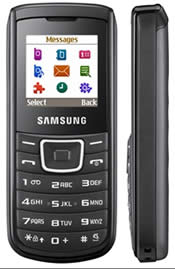 A basic phone is a phone that is used for the basic purpose, making calls and receiving calls. It also allows users to send and receive text messages. Think of the old Nokia mobile phone that was mostly used to play Snake, well that was a basic phone. A basic phone in today’s world is any phone that comes without the mind boggling technological attachments. The basic phone allows users to make phone calls, receive phone calls, send/receive text messages, browse basic internet, etc. These phones can also have games, monophonic ringtones, basic camera, torch, etc. The purpose of a basic phone is to not have to spend money on data plans that people do not use. Basic phones are quite cheap and they only charge for the amount of minutes or text messages used or sent.