Difference between Smartphone and Superphone

Smartphones play an important part in people’s lives. It has become a friend, a companion and replaced almost every other gadget. Smartphones have been constantly changing to incorporate better technology, higher specs and a variety of different features. This has resulted in many people constantly changing their phones every so often, making smartphones disposable. However, for many tech geeks, these smartphones are just not enough. For those tech lovers, a new category of phones was introduced known as superphones. These phones are very similar to smartphones, but are much better in every aspect. 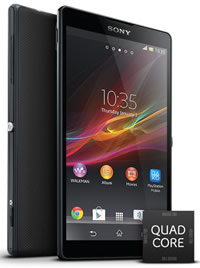 A superphone is a smartphone with better features, software and hardware. It actually has no proper definition, with many just considering this to be a marketing gimmick. The term ‘superphone’ was coined by Google, when it launched its Nexus One, calling it a superphone. Since the launch of the Nexus One, the superphone category has expanded and evolved to include newer technology. According to Samsung, a superphone smartphone must offer the following features: minimum 1 GHz processor, nice cameras (5MP-8MP), 3D graphics acceleration, minimum 720p HD video capture and playback, social networking apps, motion sensors, 3G or 4G, etc. The category further expanded to include a screen size that exceeds 4” and a minimum dual-core processor. Superphone is termed to the best and brightest smartphone currently in the market.

Similar to the smartphone category, the superphone category is also dynamic and constantly changes to incorporate newer and better technology. To many the term superphones are just another way to saying smartphones. To others, the term refers to a phablet, a mix of a phone and a tablet. There is no set definition of the term, hence it is free for many companies to take and manipulate the word to incorporate the product they are selling.