Key Difference: Software Engineers is a person that deals with design, development, construction, testing and maintenance of software. These people can also refer to themselves as software developers or computer programmers. Computer Engineers are people that are responsible for developing, implementing and testing computer components, including hardware and software. They also have to develop chips, microprocessors and other components that make up a computer. They could also deal with designing networks that connect computer systems. 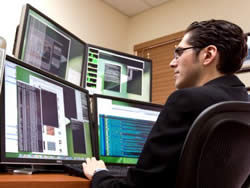 Software Engineers and Computer Engineers are two different types of jobs that are available in the computing field. These both differ from each other in many ways. Software engineers have more focus on developing software and the idea that goes behind building and developing that particular software. However, computer engineers deal with all things computers including hardware, software, coding, computing, etc. This is the major difference between the two. In many cases, these two jobs can also overlap. 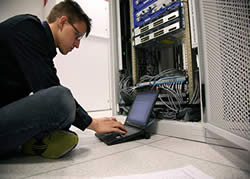 Computer Engineers are people that are responsible for developing, implementing and testing computer components, including hardware and software. They also have to develop chips, microprocessors and other components that make up a computer. They could also deal with designing networks that connect computer systems. Computer engineers require knowledge of hardware, software, coding, components, etc. This requires they understand electrical engineering in addition to just computer hardware.

According to Engineering Jobs Finder, Computer engineers require general skills such as, “critical thinking, the ability to multitask, and a high degree of adaptability to new systems, tools and technologies. The ability to communicate technical information to clients in layman's terms is another valued skill, especially with contractors, who deal with clients directly.”

Computer Engineering, also known as Computer Systems Engineering, is a course the combines Electrical Engineering and Computer Science that is required to develop a computer systems. The main focus on this degree is on the designing the individual microprocessors, circuit systems, computers, etc. The core of this degree is not only how computers work, but also how they fit into the bigger picture.

Computing engineering is divided into two main branches of study: software and hardware. Student can decided specializing in software, which includes writing codes and programs for systems or hardware, which includes microcontrollers, chips, sensors, etc. Computer engineers are also more suited for robotics research, which uses digital systems to control and monitor electrical systems like motors, communications, and sensors. Depending on the college, engineering students can specialize during their junior or senior year, while other colleges require the students to complete one year of General Engineering before being able to select computer engineering as their major. Computer engineering requires a strong background in mathematics and science.