Difference between Differentiation and Integration

Key Difference:  In calculus, differentiation is the process by which rate of change of a curve is determined. Integration is just the opposite of differentiation. It sums up all small area lying under a curve and finds out the total area. 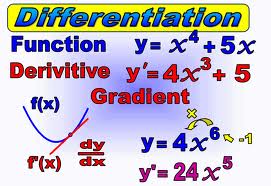 Differentiation deals with the calculation of a derivative which is the instantaneous rate of change of function taking into one of its variables into consideration. It deals with quantities which continuously vary. In other words, it is equivalent to the slope of the tangent line, which is represented by m = change in y/ change in x.

It can be understood by this example – if there exists a function f(x) possessing an independent variable x, then in case x is increased with a small amount which would be delta x. Then, the same change will be reflected in the function too as delta f. The ratio delta f/delta x calculates this rate of change of function with respect to variable x. 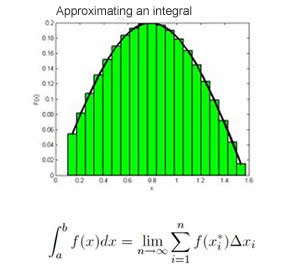 Integration is just the opposite of differentiation, and therefore is also termed as anti-differentiation. It is able to determine the function provided its derivative. It measures the area under the function between limits. The process of integration is the infinite summation of the product of a function x which is f(x) and a very small delta x.  In context to a curve, it provides the total area under the curve from the x axis to the curve from a specific range. It is depicted by the symbol ∫.  If the specific interval is mentioned then it is known as definite integral otherwise indefinite integral.

As integration and differentiation are just the inverse of each other, the integration may provide the original function if derivative is known. It is also described as the fundamental theorem of calculus. Differentials is all about differences and divisions, whereas integration is all about addition and averaging. Differential determines the function of the slope as the distance between two points gets very small, similarly the process of integration determines the area under the curve as the number of partitions of rectangles lying under the curve gets large.

Comparison between Differentiation and Integration: