Difference between Smartphone and Feature Phone

Key Difference: Smartphones are any mobile phones that are similar to a mini computer. Smartphones offer a variety of features that allows advanced computing capability and connectivity. Feature phone is a category of mobile phones that have minimal features and are moderately priced. These phones are aimed at customers that want a medium range phone that is not overly priced and also offers some of the features of a smartphone. 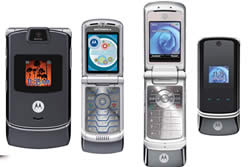 Feature phone is a category of mobile phones that have minimal features and are moderately priced. These phones are aimed at customers that want a medium range phone that is not overly priced and also offers some of the features of a smartphone. A feature phone has more functions than a basic phone but less features than a smartphone. It can be considered that feature phones offer functions that are required and can be important in daily life. However, with the constant rise in technology a feature phone will have more advance capabilities than the feature phones that were available a couple of years back. The constant evolution of technology ensures that feature phone category is open and expanding, with new devices that are being added to the category. Feature phones can also be marketed under various other terms such as: smartphone lite, smartphone (by certain people such as Bell Mobility) and mid-range smartphone.

does the feature contain whatsapp facilty ? if no there is no use...

Thank you so much for this valuable knowledge

This is a excellent difference showing between smartphone and feature phone. Thanks a lot!

I am satisfied with your explanation.

Its a valuable information and it should useful for may people.

I am satisfyde your smart and feature phone defference.

Very detailed and valuable! Million thanks!

Thanks for providing us a valuable information of smart phones and featured phones .